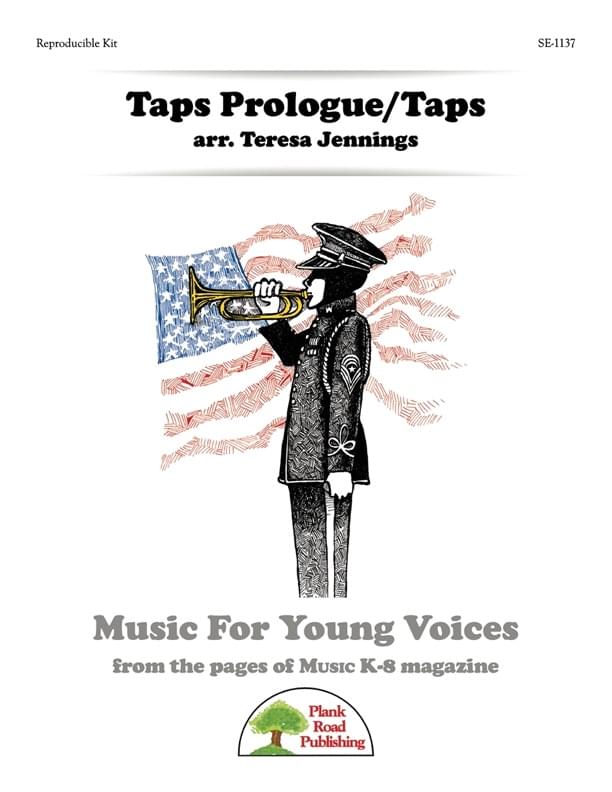 "Taps" is probably the most recognized military bugle call in America. It is notably used for military funerals and memorial services. Though brief and simple, its meaning and haunting melody move us easily, often to tears. It helps us remember the patriots who have served our country with honor.

In honor of the 150th anniversary of "Taps," Teresa Jennings created a reverent, peaceful arrangement that evokes honor and respect. It also gives you a variety of ways to use it.

You can make this a serious show piece in a patriotic performance by using "Taps Prologue" prior to the arrangement of "Taps" itself. The "Prologue" is very simple - kids sing the melody on "loo" while others speak historic quotations regarding patriots who have given their lives for their country. Ideally, if you use the "Prologue," you can then segue right into "Taps."

This kit comes with a lot of options so that you can use it whatever way best fits your needs. It's a kit that you will use time and time again. (from Music K-8, Vol. 21, No. 5)

Stars And Stripes Forever The

Thankful For The U.S.A.

Heart Of America, The

Sing For The Red, White And Blue