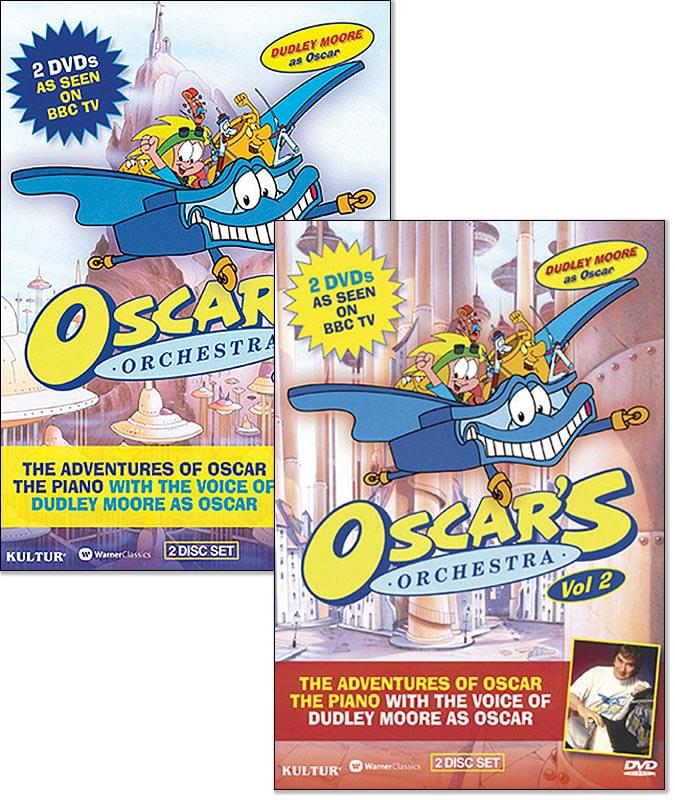 With The Voice Of Dudley Moore As Oscar

The Adventures Of Oscar The Piano

In the future, music is banned. A cruel dictator called Thadius Vent is determined to silence all symphonies, harmonies, lullabies, and melodies. But the muted instruments are fighting back via the tenacious leadership of a flying grand piano named Oscar and his walking, talking orchestra of friends.

Oscar was actually discovered in Mr. Crotchet's Curiosity Shop by Mr. Crotchet's wily granddaughter Rebecca. Amongst the recruitments to Oscar's Resistance Movement are Trevor the Tuba, Eric the Triangle, Sylvia the Flute, and Monty the Violin. They combine their musical talents to fight back against Thadius and his henchmen Lucius and Tank.

Based on an idea by Jan Younghusband, Oscar's Orchestra was designed to inspire children with the delights of classical music and incorporates famous orchestral works from the great composers in each episode. Oscar's Orchestra stars the late great Dudley Moore. Dudley, of course, was also famous for his classical skills with the grand piano and is perfectly cast as the voice of Oscar. Both 2-DVD sets include 13 episodes. (295 min. each set)

Let's All Sing... Songs From Moana

This Is America, Charlie Brown