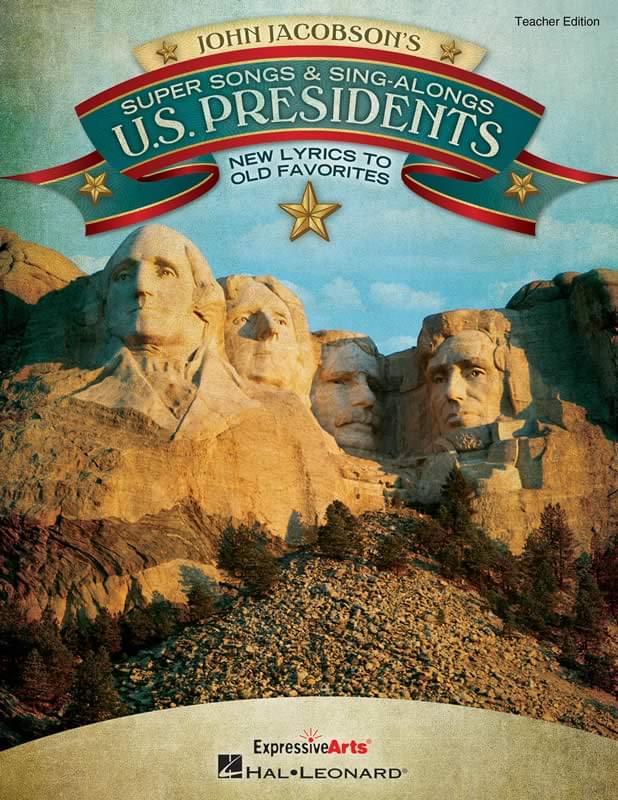 Name the U.S. presidents in order and learn some interesting fun facts! Did you know the father of our country wore wooden teeth? Which president helped write the Declaration of Independence and played the cello? What president was known for his fireside chats with the American people? Who was a movie star before becoming president? Sing across the curriculum with familiar melodies set to new presidential lyrics. Perform songs live with piano accompaniments in the Teacher's Edition or use the professionally-produced recordings available separately on the Performance/Accompaniment CD. Choreography and reproducible lyric sheets are also included.

Sing For The Red, White And Blue

Rap Of The States

Rap Of The Solar System

Rap Of The States

Hail To The Presidents