"Summer Is Coming" is a light-hearted and fun partner song that you can either use in your spring production or just for your own amusement.

Whether or not you use the song in a performance situation, there are a few things you can do add a little spice to it.

We found that while recording the vocal parts for this tune, the children quite naturally assumed a "very proper" stance, complete with hands clasped in front of them. Let your kids do the same. And if they-or you-are inspired to add a little minuet-type dancing during the introduction and interlude, so much the better! (Bring out the powdered wigs!)

On the Performance/Accompaniment Cassette, the introduction is played by a harpsichord and flute, which immediately set the tone. If you're not using the tape, a synthesizer with a harpsichord setting would be a great idea. (This is assuming that not too many K-8 music teachers have access to a real harpsichord. If you do, so much the better!) Ask a flute player to join you, and you're ready for an instant concert.

Our recording session kids also learned the lines rather easily for part 1, though part 2 was a little trickier. After going over it slowly a few times, they picked it up with no trouble.

The spoken solo in part 1 should be assigned to someone who is not timid and can be fairly demanding. Bring the rhythm of their words, "Clean your room," to the attention of the whole class. Note how they fall into the rolling sort of feel. Use the opportunity to discuss 6/8 time. (What other songs do they know in 6/8 time?)

The answer to the spoken solo is "Oh, no," and should sound like they just found out that they are having a test today that they weren't expecting.

In part 2, the real fun begins just before measure 13 with a real big breath. Yes, they can and should be noisy about it. Exaggeration is the key here. However, don't let them do it too long, or they'll miss the downbeat into 13. Once they begin with "I can go hiking..." they should absolutely not take a breath- unless they are on the verge of falling over-until after they've sung "I'm back in school." At this point, they should take the next entire measure to gasp for air, again as noisily as they can, expelling that for another full measure while saying, "Whew!" Use gestures such as clutching their throats for air, wiping their brow with relief, etc. Let them ham it up! 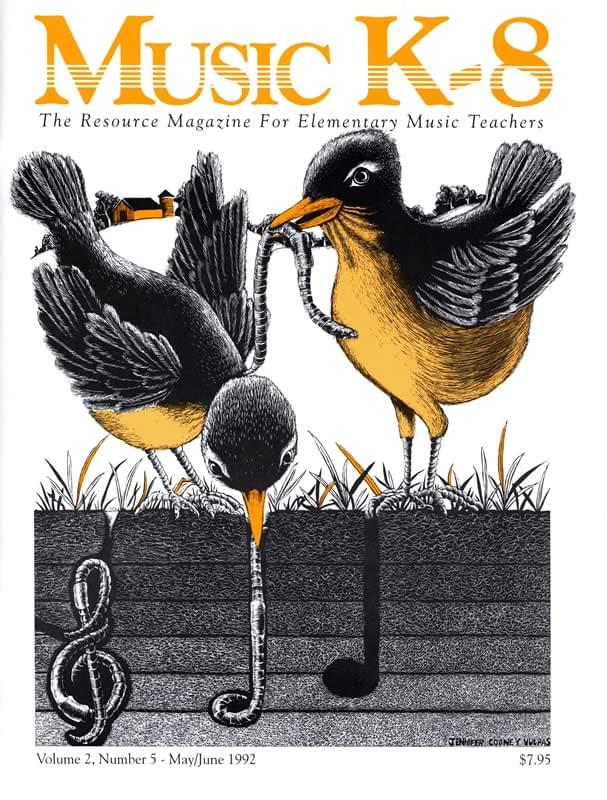