This tune has been a labor of love... and fun. We have created a playful holiday parody of a certain big city song made popular by Old Blue Eyes.* We've pulled out all of the stops to make it a real showstopper for your winter concerts.

The song itself is all unison and easy to sing, though we have arranged it in a way that makes it sound more complex. There are two key changes and a slower "bring it on home!" ending, but each of these is set up logically so your singers should have an easy time with it. Be sure to remind them that this song swings! (Every eighth note is triplet based as opposed to duple based.) Listening to the full version of the recording while learning the song will help students catch on to this more quickly.

The recorded orchestration is quite something using a full big band of trumpets, trombones, saxes, and rhythm section. To really bring it to Broadway, we've added rich strings and French horns to the mix.

Assuming you use this tune in a performance setting, it just cries out for some classic chorus line action when it slows down and moves into the final key for the "bring it on home!" section. As with the cover of this issue of the magazine, we can see a line of costumed performers doing a step/kick move a la The Rockettes. Be sure they start with the same foot for uniformity. But don't let them kick too high! It isn't necessary for a successful effect. Besides, you don't want anyone pulling a muscle.

Every bar continues similarly (which is why you wouldn't want to start it too soon). You could have them keep this up to the end of the song for a big finish to the tune or the whole show!

*Note: One of our favorite versions of the original song was performed as a duet by Frank Sinatra and Tony Bennett. As fate would have it, we have a nice article about Tony Bennett and some cool things he's doing lately. Be sure to check it out in Quodlibet on page 82. 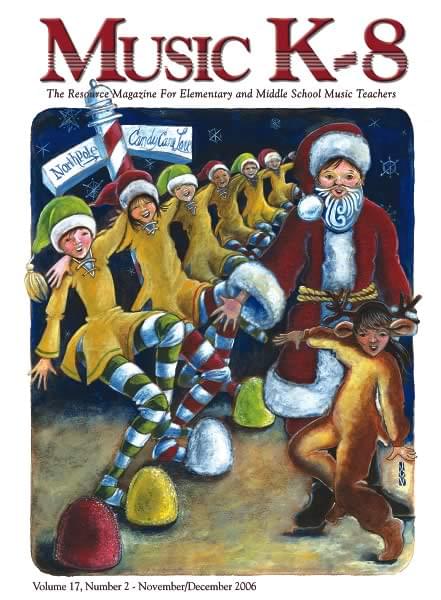