Dave Brubeck, a leading player and composer in the "cool" style of jazz was born David Warren Brubeck on December 6, 1920 – 100 years ago as of 2020. Growing up near San Francisco, Brubeck's piano stylings and writing were growing in fame on the West Coast. When his renowned quartet signed with Columbia Records, he became famous the world over. (We invite you to research his life and career in more detail. There are many interesting stories.)

Probably his best known hit, "Take Five" was not written by Brubeck, but rather by his equally talented alto saxophonist Paul Desmond. Like many of his songs, this big hit was written in an unusual time signature, at least to those of us who grew up listening to Western music. Some songs are in 13/4, 9/8, or 7/4. "Take Five" is written in perhaps the most common nonstandard time, 5/4, one that we have heard in other well-known tunes, like the Mission Impossible theme.

As a special tribute to Brubeck this season, we have arranged the popular "O Christmas Tree" in a cool setting in 5/4. Note that the second time through, there is an alto sax solo (played tastefully by Jim Farrelly) as an homage to Paul Desmond. We give you performances at two different tempos. You can look at them as "Practice" and "Regular" or "Jazzy Regular" and "Challenge" for the faster one. (The faster one is on the recording for this issue. The slower one is online at our web site. This is the same place you will find the piano/recorder score, in case you're interested.) Either way, listen to both – what are the subtle differences? How are the alto solos different? How does the sax player know what to play in those solos? (Among other things, every chord has a music scale that goes with it. The player uses the scales to plan his/her improvisation as he/she plays.)

This song includes a "Diving Deeper Into The Music" learning assessment PDF. 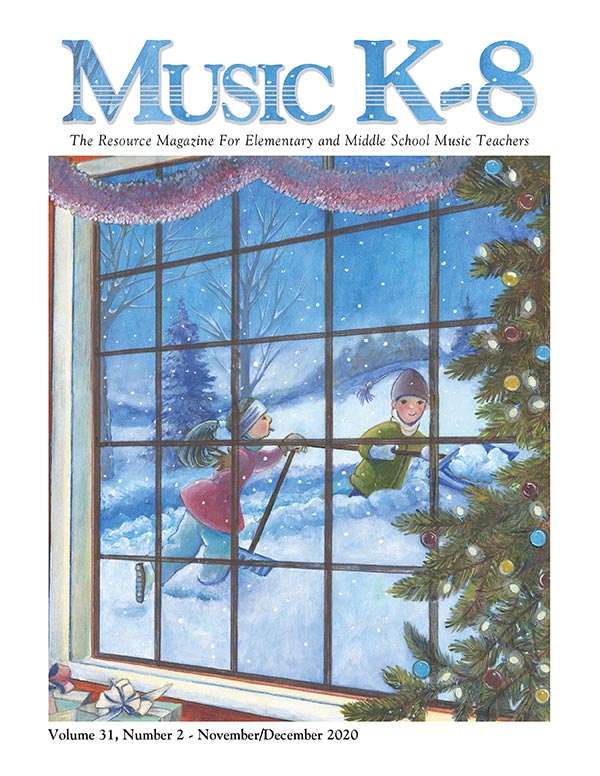