Finlandia - A Hymn To Winter

Finlandia, Op. 26 is a symphonic poem written by Finnish composer Jean Sibelius in 1899. It was originally written to accompany stage tableaus that were covertly protesting Russian censorship. Since that time, it has become one of the most prominent musical works in Finland.

Jean Sibelius - Aside from this being a favorite work from the late Romantic period, it is perhaps the best-known work by Sibelius who is being celebrated this year, the 150th anniversary of his birth in 1865, the same year the Civil War ended in the United States. His work, while well-known all over the world, was most important in his homeland, and is credited with helping Finland develop an identity as it strove for independence. The picture shown here of the young Sibelius was no doubt much as he looked when composing Finlandia.

Aside from this famous work, Sibelius produced a number of works that are still performed today, including seven symphonies, a violin concerto, a choral symphony, amid a wide array of choral and instrumental music.

One striking thing about Sibelius' compositions is that for the first fifty years or so, he was very prolific, producing virtually everything that we know of his output. But then, in the mid-1920s, he stopped writing as far as anyone knows. While he was, by and large, in good health for most of the time, he produced no music in the final thirty years of his life. This perplexing decline is commonly referred to as "The Silence of Järvenpää," the location of his home.

Although he is reputed to have stopped composing, he attempted to continue writing, including abortive efforts on an eighth symphony. In later life, he did re-edit some earlier works while retaining an active but not always favorable interest in new developments in music. Still, his music is beloved today by his country and by music lovers all over the world.

About this arrangement - When we saw Sibelius' anniversary approaching, it was natural to consider doing an arrangement of Finlandia. But it was also a bit daunting. The work is, in the true nature of many Romantic works, complex and full of many moods. But the actual "Finlandia" hymn is something that could be adapted pretty well for recorder, at least in the key of G. So we plunged in and here it is, set as we have done several works in recent years for two soprano recorders (one easy and the other, a bit harder) and for an optional alto recorder part, appropriate to fairly new alto recorder players.

The biggest challenge, though, was to make this an accompaniment track your students could follow while still having the open, flowing sense of the original work. We accomplished this by creating a subtle but steady quarter note pulse throughout, at least when the students are playing. If you look at the reduced piano/recorder score (available as a free download) you will see that little countermelodies and undercurrents always have someone playing a quarter note pulse to guide you and your young players through the recorded track.

The final section, starting at bar 27, is a little bit faster, but given what the players are playing, this should be doable as well, and it is such an exciting ending. We think that this is a unique work for young players, and we hope that even if it looks a little challenging, you will try it. Soprano 1 requires low D, G, A, B, C, D', and E' (optional); soprano 2 only requires G, A, B, and C; and the alto part calls for B, C, D, E, and G. Of course it can be convincingly played just using the easiest, part 2, or any combination of the parts. 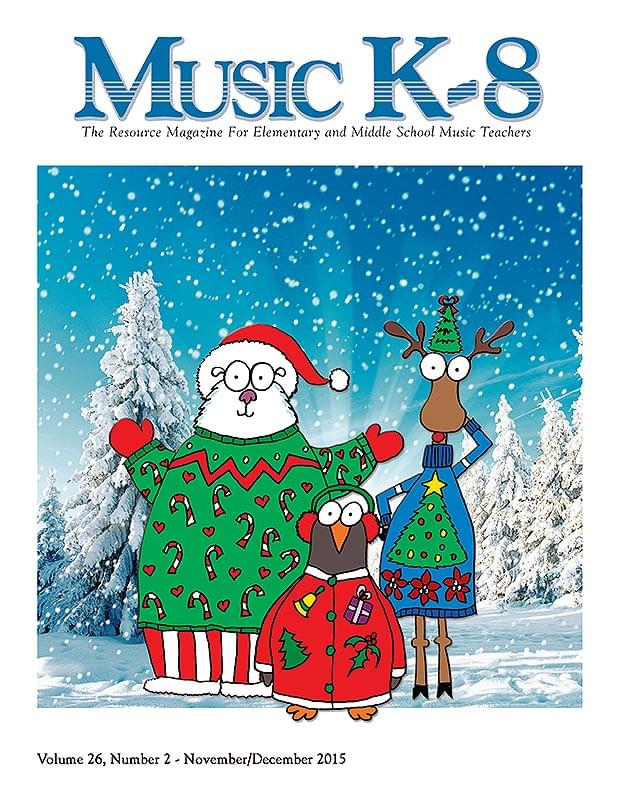