The Battle Cry Of Freedom

This boisterously patriotic song was written by George Frederick Root in 1862 in the midst of America's great Civil War, a terrible few years of our history. The song quickly caught on with people in the North. So much so, that at the peak of its popularity, the publisher was running 14 presses at the same time, all printing the sheet music, and even then they could not keep up with demand. If you share this information with your students, discuss the fact that at the time people only experienced music by hearing someone perform it, or by performing it themselves, mostly with sheet music. Selling sheet music was the primary way that composers supported themselves while writing music.

It is interesting to note that while the lyrics were forcefully pro-Union, saying derisive things about the South and its armies, the tune became so popular that people on the Confederate side of the conflict adapted the song with lyrics that were positive for their cause. Such things were very common, and remain so today as songs are adapted, parodied, and sung rousingly for the polar opposite cause from the original.

Because all sets of original lyrics were not so kid-friendly, we have adapted them for this arrangement. If you are interested in the original forms, they are readily available on the Internet.

Our arrangement captures the feel of an army band expanded to be an orchestra. It has a big concert opening and a big ending. But when it settles into the verse part of the tune, we have added folk instruments of then and now – banjo, guitar, and mandolin. This song was as much a military selection as one played and sung around a campfire with whatever instruments were available.

As a choral piece, this can easily be done in the classroom or in performance in unison singing only part 1. But chorally, it is arranged as a 2-part piece with a further simple divisi at the end. This divisi is easily achievable, with step-wise movement. To help students learn their parts, we have isolated both parts and put them on our web site. (See the box on page 70 for details.) 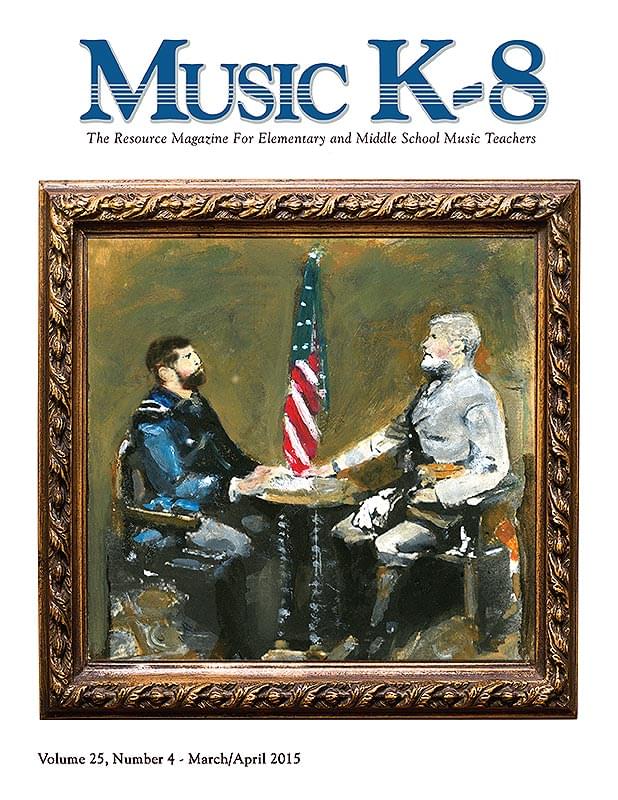