If your school is one that celebrates Mardi Gras, you will appreciate this simple movement song that focuses on one of the simpler, more childlike aspects of the holiday – beads! Notably ones that are purple, green, and, gold, of course.

As you might expect, the song is set in a Dixieland style, which means we also get to show off our featured Dixieland players on clarinet (Greg Imboden), trumpet (Joey Tartell), and trombone (Loy Hetrick).

The first time through the song, kids sing as indicated. The second time, the soli group plays while the kids do movements with their beads. The third time, you can either just have kids sing again or they can sing and do the bead movement. Here are some suggestions for movement to get you started. Alter as desired:

Think of the beads as ribbons or scarves. Instead of shaking them, perhaps wave them. Be gentle though so that beads don't fall apart! Devise a routine where colors are alternated, separate, then combined. 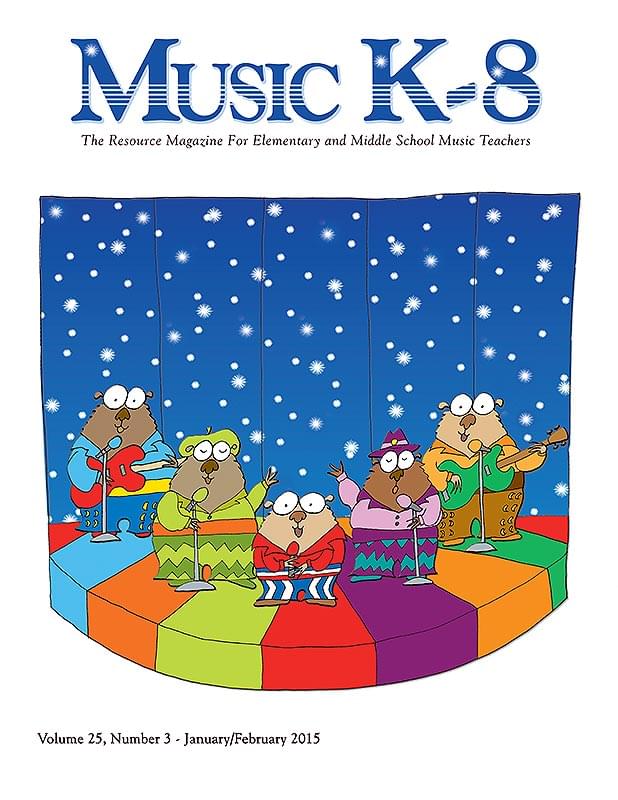