This song is available as a single.

The U.S. Constitution was signed by delegates of the Constitutional Convention on September 17th, 1787. And in unrelated news, the composer of this song, John Riggio, was born on the same day, 181 years later. So we figured he should be the guy to write it!

This wonderful stately and energetic song is just the thing for your school's celebration of Constitution Day. It's unison, rhythmically simple, and repetitive so that it can be readily learned. The range is low, which means your students can really belt out the melody with passion and enthusiasm. It's a rock tune, after all.

John's orchestral arrangement on the recording is exactly what you'd expect. It's majestic and powerful, and you just know it's a patriotic piece even if you don't hear the words! Truly inspiring.

One little tidbit for you – at the end of the song, John did a cool thing. He quoted one of his own previous songs about the Constitution, "We The People." It's there at measure 52. Remember that one? It's a goodie, too.

We would be remiss if we didn't remind you to bring this song across the curriculum. Let the classroom teachers know you have this piece in case they want to work in tandem with you on the subject. Following are some points to consider for discussion or just sharing.

- Why a Constitution? The U.S. Constitution is a huge deal because it protects the rights of individuals and limits the power of the federal government. The reason for the American Revolution was the unlimited power of King George over the colonies, or as Thomas Jefferson put it in the Declaration of Independence, "absolute Despotism." The framers of the Constitution wrote it so that this new government would not be tyrannical and the rights of citizens would be protected, and that's a good thing.

As your students sing this song, have them consider the roots of our country and the reasons we exist as a nation. And of course, Happy Constitution Day! 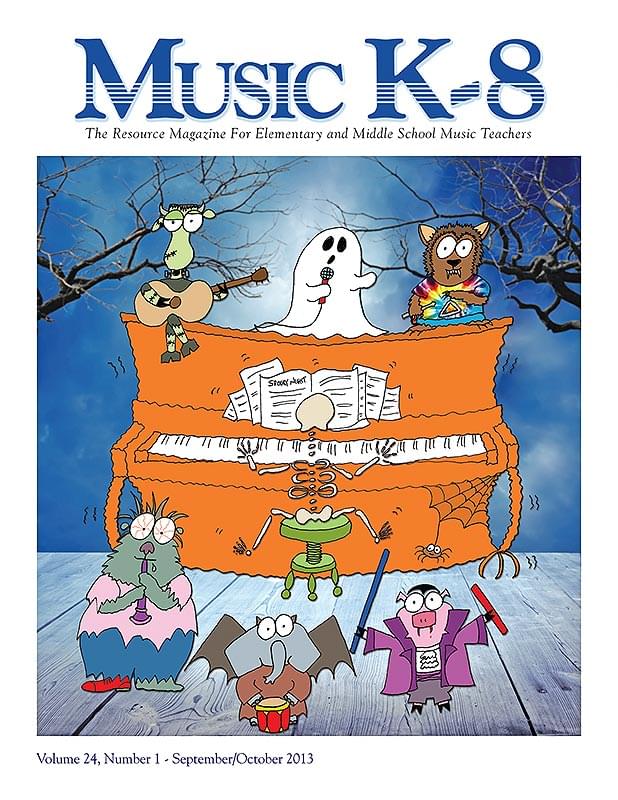