Born in Boston in 1746, William Billings was one of America's first well-known composers. He is widely regarded as the Father of American Choral Music. His many compositions include hymns, anthems often in the style of Handel, and even a few Christmas carols.

"Chester" is probably his best-known work, ranking just after "Yankee Doodle" in popularity in the period of America's Revolutionary War.

A Fantasy for History - We have composed a simple fantasy that portrays the two natures of "Chester" during its early history. It started life as a hymn, and got its title from a New England town, as was the case for many early hymns in America and England.

Keeping with the history of the song, we start our fantasy with a rich hymn-like setting of the song. Then, starting in bar 17, the song evolves into a march. This follows the song's history, for as the war continued, the well-known hymn became the favorite marching song.

Our arrangement - As we like to do, we have set this for orchestra on the brassy side and recorders. The first soprano part is the more difficult and requires the full C scale. The second soprano part requires only G, A, B, and C, and can be played by itself with the tracks, or with the other recorder parts. The alto recorder part is ideal for students just learning to play that instrument, and is, of course, optional.

Further enrichment: across the curriculum - Begin by letting other teachers know that you are playing a Revolutionary War tune so that they can possibly coordinate study with your lessons. Decorate a bulletin board with imagery from the period: battle paintings, early flags, iconic paintings of the founding fathers. These are readily available online, perhaps starting with the many items available through the Wikimedia Commons, all with legal copyright status. Perhaps include printouts of some of Billings' music, such as the facsimile of his Continental Harmony, which you will find in the Downloads section for this issue. It gives your students a look at what music was like in the period they are studying.

As with all of our recorder features, you can find a downloadable PDF of the piano/recorder score at our web site. (See box on page 67 for details.) 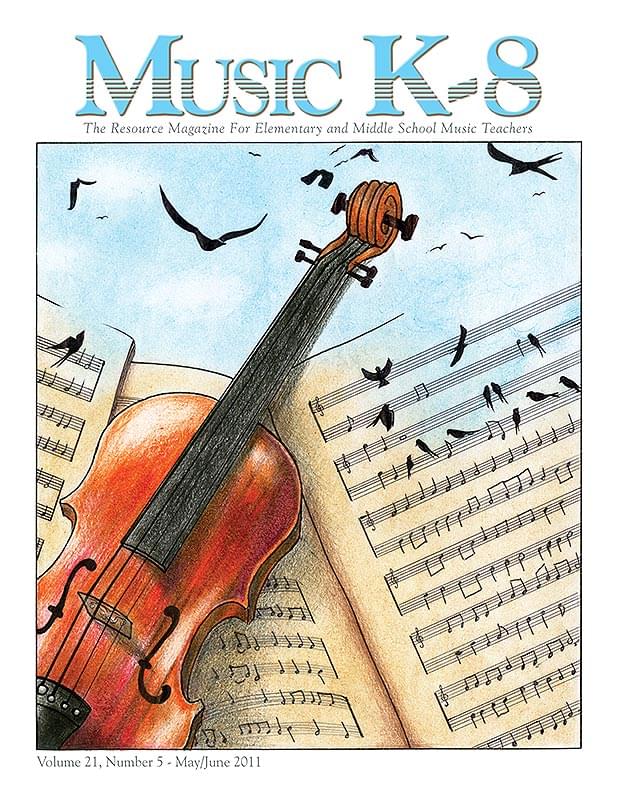