Party In A Pear Tree, A 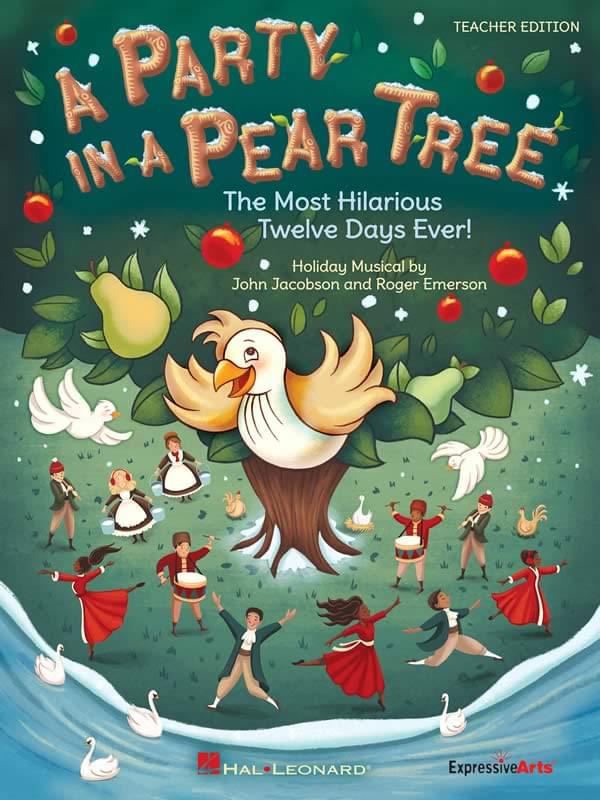 Party In A Pear Tree, A

The Most Hilarious Twelve Days Ever!

Party the Partridge is stuck up in the pear tree! It will take 12 drummers drumming, 11 pipers piping, 10 lords-a-leaping, 9 ladies dancing, and all of the rest of the famous characters from the classic holiday song to get him down. Through their hilarious and sometimes ridiculous musical adventures, they all rediscover the magic of the season and one of the most precious gifts of all, being together with family and friends. This 35-minute musical features six original songs with connecting script and over 40 speaking parts. The Teacher's Edition is filled with quality performance material including piano/vocal song arrangements, choreography, script, and a helpful production guide. The ready-to-use student books include vocal parts and script. (Grades 4-8)

Song Title
Player
From A Party In A Pear Tree

Twelve Days Of Joyous Instruments, The

Grumps Of Ring-A-Ding Town, The

Twelve Days Of Christmas, The

Twelve Days Of Joyous Instruments, The