Would you believe that November 25, 2021, will mark the 400th anniversary of Thanksgiving? It's kind of amazing that we even know anything about the three day event that took place somewhere between late September and mid November of 1621. But, as luck would have it, a man named Edward Winslow, one of the 100 or so people who sailed aboard the Mayflower in 1620 and founded Plymouth Colony in Massachusetts, wrote a letter in December of 1621 that documented some of the events that took place during that first harvest celebration. It would, of course, come to be called Thanksgiving. In 1863, it was President Abraham Lincoln who proclaimed the last Thursday in November as a national day of Thanksgiving. Then in 1942, President Franklin D. Roosevelt officially declared that Thanksgiving should always be celebrated on the fourth Thursday of the month.

To commemorate this momentous anniversary, we created "The First Thanksgiving." There are basically two sections to this song. One section gives a brief history of the holiday and is written in the Mixolydian mode. The other is in a major key and borrows words and melody from the well-known Thanksgiving hymn, "We Gather Together." For the most part, the song is in unison, which will make it easier to learn. There is a divisi from measures 27 to 36, however, it is only one note and has the same rhythm as the upper part. It's a good chance for your singers to do some very simple part singing and it adds a really neat sound to that section. Just so you know, because it is only a single note and not throughout the entire piece, we did not do a rehearsal track for this part.

The accompaniment starts very sparsely with just a lute, a recorder, and piano. A solo violin, a harp, and a solo cello join in and from there, it builds and builds. By the end of the tune there are full winds, strings, and percussion that all help to bring it to a majestic ending. Since there's so much history surrounding this topic, there is a nice cross curricular opportunity with this song. Be sure to share it with the classroom, social studies, and history teachers at your school.

This song includes a Diving Deeper Into The Music interactive learning assessment. 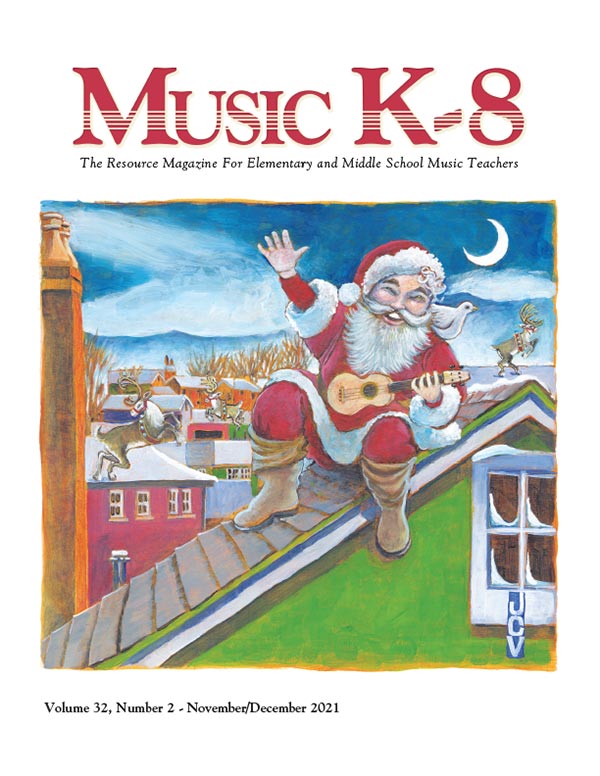