Surely everyone knows the old expression about the month of March: In like a lion, out like a lamb. If not, we're glad we're here to help! Perhaps this is not necessarily the case where you live, but in our neck of the woods, March certainly does begin with a roar, much like a lion. (Sometimes, it's more like a T. Rex.) On the other hand, we're guessing the expression was coined by someone who lived a little further south than we do (remember, we're in Wisconsin), because the end of March isn't known to be as gentle as a lamb around these parts. That would actually be more like the end of April most years. But hey, for the sake of artistic interpretation and fun, we decided to set the saying to music anyway. Besides, it has the word "march" in it. Seemed like a natural for kids.

As you might expect, the beat of the tune is such that it inspires a bit of moving. It's got a pretty edgy rock vibe, mostly thanks to the electric guitar sounds we chose to use. This should help your singers feel more like belting out the sentiment, as ours did on the Performance/Accompaniment recording. Yes, it's okay to tell them to use their chest voices for this one. Since the piece is all unison and very repetitious, it should be quite easy to learn and remember, leaving plenty of opportunity for creative expression while singing. Add simple marching in place, or let them go somewhere (safe and structured, of course). You could also just let them move freely as the beat dictates. And it does dictate.

Along the lines of creative expression, we added a little something that just sort of happened by itself. That is, the "ch" of the word "march" gets a little bit of emphasis all its own. To make it pop, we planted it on beat 2 each time it occurs. If you do have your students do any marching or moving, it's a great additional rhythmic punch to go with their stepping.

Also as you would expect, we have sprinkled the song with sound effects of - you guessed it - lions and lambs. These happen as each respective critter is named. Hearing the distinction between the two kinds of animals is a great way to open up the subject for discussion. What does the expression even mean in the first place? Why use these two animals? How are they different? Alike? That sort of thing. 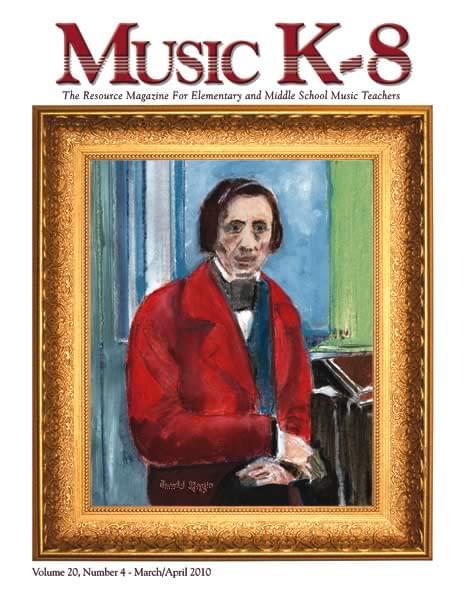