This is another short, easy-to-learn cross curricular piece. A little Spanish guitar and a marching snare drum set the tone for this Latin march that teaches kids how to count to ten in Spanish. Despite the intricate sixteenth note based rhythms in the instrumental background, the vocal lines are never harder than eighth notes. The song alternates between a call and response section that uses both Spanish and English counting, and a spoken section with percussion interlude that simply says the Spanish versions for reinforcement. Divide your class into two groups, one for each part. Eventually, both parts get to say the numbers in both languages.

(Note: This is one of the optional songs for the musical, Music Class. See this issue starting on page 51.) 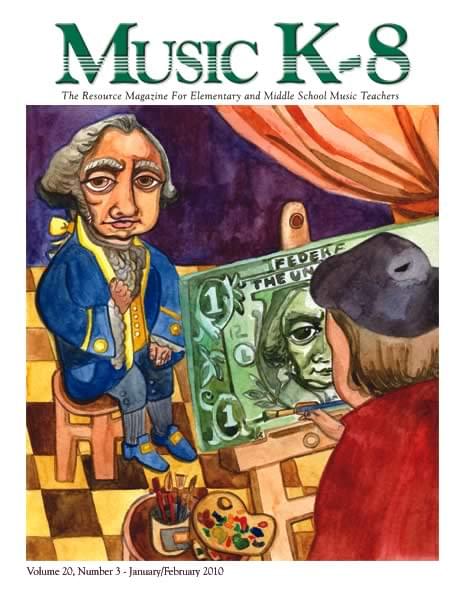