So, what we're hoping is - the second you hear this whacky song, you'll know exactly what we are doing a parody of. Silly, aren't we? (If you don't know, that's okay. Most of your students and audience will get it. And even if they don't, it's still cute.)

You will notice that there are two Boomwhacker® parts. This is just so more kids can participate. But part 2 is optional. Part 1 has the melody (sort of) with the guitar. It's very simple.

The clapping is also optional, even though we don't say so. We really think it's important for the "vibe" of the piece. That, and the "ho ho ho's." In theory, your players should be able to do all of the parts themselves: clapping, yelling, and playing. If this seems difficult for any reason, feel free to divide students into groups who do the various parts. It's our guess that your audience will also be willing to join in with the clapping and yelling as soon as they figure out what's going on. Pick a few rock 'n' roll Santas to play air guitar (or air Boomwhacker®) along with the guitars on the CD. The recording is a must-have or it doesn't work. Kudos to real guitarist Sandy Williams for being so darn whacky. 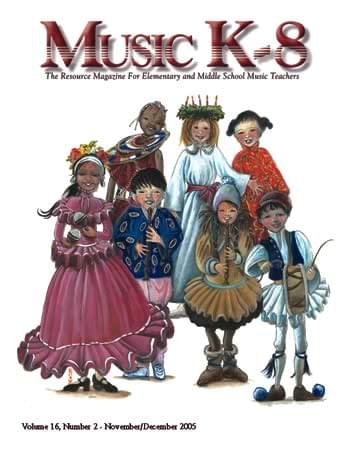