Out of respect for schools that can't use music that refers to a certain end-of-October holiday, we like to present non-specific spooky alternatives. This song is just such an alternative! And you can bet it's spooky. In fact, we are suspecting that you will get a few potentially visceral responses from some kids when they just hear the lyrics or see the lyric page (with its many visuals). Spiders do that.

The concept of the song is two-fold. One is the creepiness of the critters - crawling, lurking, making unnerving sounds where you can't see them. The other is a subliminal tie-in to a recent movie about a person with spider-like powers. We think your young guys might find this aspect a bit appealing. The song tells the story. A young person has a dream in which he has become a spider himself, though not without certain superhuman implications (six feet tall, watching the tiny world from above the city, etc.). Being able to zoom from object to object, flying like a jet, lots of speed - this is the stuff young dreams are made of. (Didn't you adore your flying dreams when you were a kid? Some around here still do!)

The main body of the song is in unison and is pretty catchy. It should be no problem to learn. The auxiliary parts include spoken solos and an optional background vocal part (part 2). Choose a different person for each spoken solo to give several students a chance to participate. For the background group, you only really need a few singers. We picked a half a dozen girls and told them to sing in an exaggerated nasal tone, which they were tickled to do. If you use the tune in performance, consider dressing the background vocalists in spider-like costumes.

Consider taking this one across the curriculum, if you have a chance. Spiders - or arachnids - are fascinating creatures. What distinguishes them? How many types of spiders are there? Where do they live? Which ones are dangerous and why? 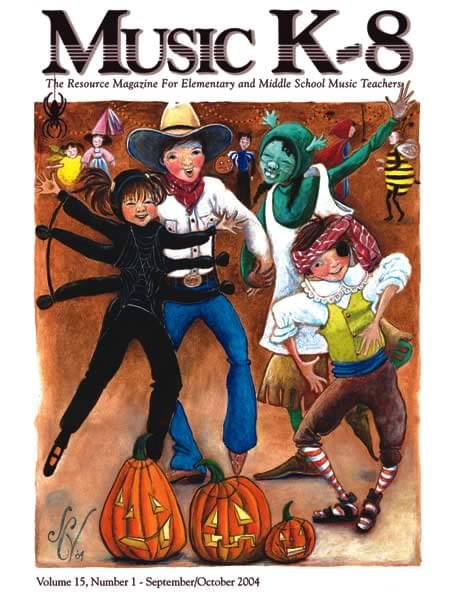