This lively, two-beat tune is based on a type of music called zydeco (ZY-duh-ko). The star of zydeco music is typically an accordion, which you will hear enter the song at measure 5. Other instrumentation common to zydeco music (and included on our recording) is a solo fiddle, a washboard (also known as a rub board), a snare drum, guitar, and an electric bass. We've also added a Dobro, which is a metal bodied resonant guitar that has a sliding quality. It's easily identified at its first entrance in measure 3.

Zydeco music is credited with coming from Cajun country in southern Louisiana. Here's a tidbit you may or may not have known: Teresa is half Cajun! Her mom was born and raised in the heart of Cajun country near a little town called Breaux Bridge (bro bridge), which is not far from Lafayette. Many, many of Teresa's relatives still live in this area. And many, many of them speak English and Cajun (a dialect of French). The Cajuns are descendants of the French, but that's another story.

The song "Zebra Zydeco" is meant to be a lighthearted little piece. Our hero is a zebra who likes to dance to zydeco music. The lyrics are modeled after old folk songs with silly or outrageous activities which the zebra engages in. The melody is very, very simple and repetitive, so the song should be within reach of most classes.

To make it even more fun, we have included movement ideas right on the music. In fact, we had our singers do the movement in the studio, too! You can hear the stomping, patsching, and clapping on the full performance version of the recording. We sat as we did it, and used both patsching and stomping. The stomping is optional though, and you could do everything standing instead. The action is easy once it is learned and really adds a lot to the song! 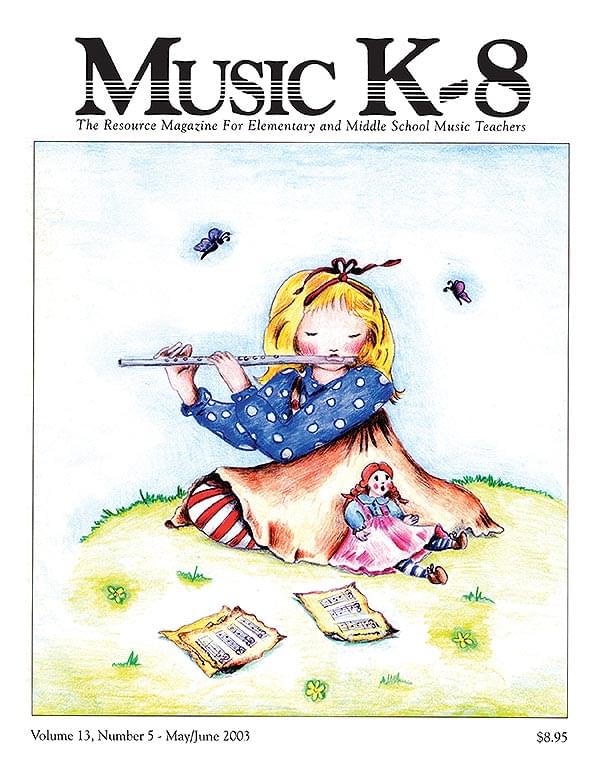