Who Wants To Be A Really Rich Person?

As you may recall, our musical revue this year focuses on humor and the lighter side of life. (See Music K-8, Volume 12, Number 1.) We continue our theme with this tongue-in-cheek look at TV game shows. (One or two in particular come to mind.)

You will find the suggested script for the skit to our version of a game show called, "Who Wants To Be A Really Rich Person?" on page 14 of this issue. It features our game show host, "Phlegis" and his celebrity guest contestant, "Miss Asparagus Spears."

You will need two brave individuals to portray these two characters for the best effect. Phlegis is stoic in his delivery, usually adding too many deliberate pauses for building tension. Dress him in a nice suit and tie, and give him an index card to read the question from.

We think Asparagus should come off as sort of a cross between Miss Piggy and Marilyn Monroe. Definitely blond, definitely perky, but with a touch of breathy tone in her voice. You can just tell she sings. And dances. She has a hard time holding still. Dress her as a contemporary rock star. (Exposed belly button is up to you.)

The trick to performing this skit is timing. You need to combine the actors with an "audience" and the music in the right order at the right time. A few run throughs should do the trick, assuming your actors know their lines pretty well.

Your audience can be a small (or large) group of enthusiastic "viewers" who respond to your cues for basic clapping, or clapping with cheering. They will also need to be able to continue the hoopla for a while from the correct answer to the end. A subtle visual cue, such as a circular motion with your index finger to "keep it up" works well. You may also want to have gestures for dynamics so your cheering doesn't drown out the actors' lines. Don't forget to rehearse cut-offs as well.

As far as the music is concerned, all you need to do is know what track number to hit on your CD player and when. We have come up with three amusing parodies of themes we have heard on such shows: The Theme, Dramatic Question Music, and Victorious Music. The Theme and Victorious Music are used in their entirety whenever they are used. (You can do what we did, or use them however you like.) The Dramatic Question Music is only played as long as Asparagus is in mid-question/answer. As soon as she says "Yes," the music stops abruptly, no matter where it is. If it has run out, that's fine.

We recorded these three themes with our usual panache - using strings, percussion, guitars, winds, synths, all the bells and whistles - and had a darn good time doing it, by the way. To hear the whole skit performed a la the silly folks at Music K-8, listen to track 1 of your Performance/Accompaniment CD. You will find the three accompanying themes for the skit in the instrumental section of the CD - tracks 18, 19, and 20. These are for your own performance.

Kudos to our young actors on the recording: Abby Wey as Phlegis, and Kelsey Duke as Asparagus.

Do we think you'll get a kick out of this one? You bet we do. And that's our final answer. 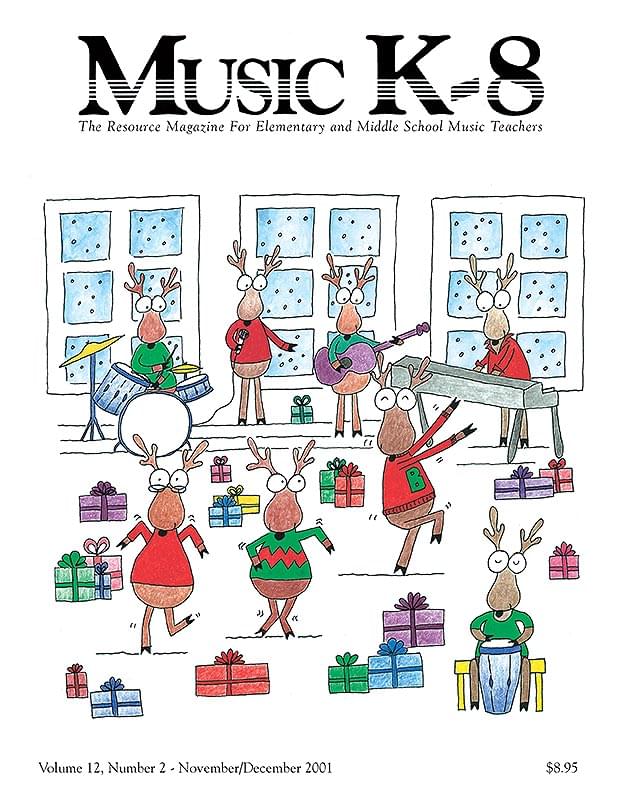