It Ain't Gonna Rain No More

O.K., I (Paul) admit that it was my occasionally sick sense of humor that made me do this song this year. But, hey, it has been on my list of songs to arrange for the magazine for a while, and this would seem to be the ideal year for it. Still, when we played the recording for our staff, I got some odd looks, and when the thunder and heavy rain shows up at the end as a punch line, it was obvious that the sounds brought back some really unpleasant memories of the summer flood. Nevertheless, our little family shares our sense of fun, and by now I think that we all are in agreement that we have emerged from that flood stronger and healthier than before.

As for the song, it started in the last century as a southern folk song, and was adapted into a popular song in the vaudeville of the early 1920s, hence the dixieland flavor at the end of the tune. It has circulated since then as a favorite camp song, with lots and lots of funny verses, most of which you might not want to use in your classroom. (Many of them involve Mary and her little lamb, often with the lamb ending up as dinner.) So we adapted a couple of verses, and wrote a couple of new ones, giving your students four verses to sing.

Of course, we encourage you to do what we did and create new verses of your own. It's lots of fun and we guarantee that your classes will enjoy the effort.

Note that the lyrics for verses 2, 3 and 4 are not under the notes, but rather are at the end of the music because the rhythms in each verse are so varied. The rhythms are fairly obvious, and the recording will make them easy to teach.

When listening to the recording, be sure to point out the orchestration for the dixieland section, mostly improvised, and the intro, adapted from The William Tell Overture. 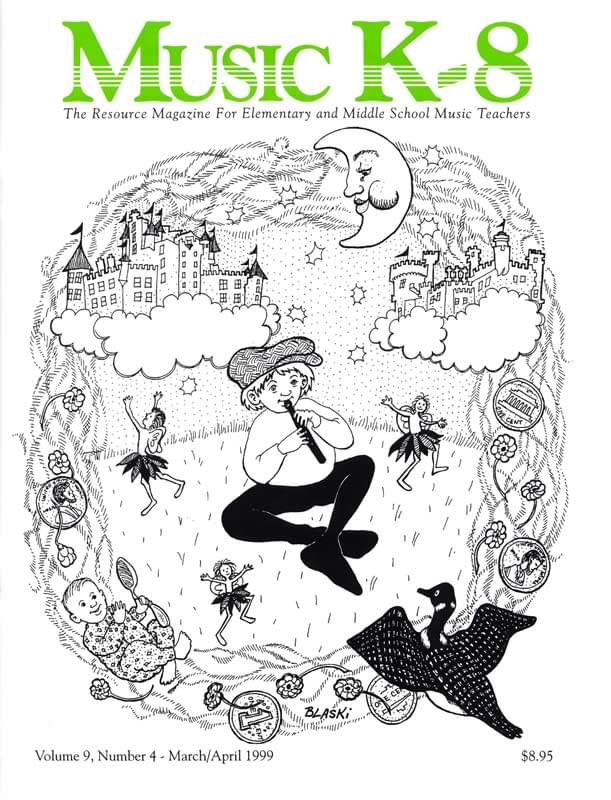