The opening statement of this recorder feature is the famous chime melody associated with bell towers around the world. In fact, we were originally going to call this "Westminster Round," but then we decided that it sounded too "world"-ly for that. The recording, which is necessary for the performance of the tune, includes chimes, percussion from many different nations, cello, bells, rhythm section, gong, synthesizers, and recorders.

The recorder part features the notes B, A and G for the most part, with an occasional high D thrown in. It follows and complements the chime melody as originally stated at first, including the forte-piano whole notes which "chime the hour." Later in the piece, at measure 29, there is an optional round. Divide your players into two groups. Let one group begin playing the melody at 29 and then have the second group play the same melody at 29, but start them two measures later. For rehearsal, you can have them play it in unison until they learn it well, then let them break into the round. This will give them good practice playing parts. They will also feel a sense of accomplishment if they can "stand their ground" during a round.

The high D could be changed to B, A, or G as it occurs in the melody. Adapt it as you need to. The D at the end of the piece is part of the optional divisi, so it could be eliminated entirely if you don't want your performers trying it yet.

This is another piece that could very well function as a part of your seasonal programming. It refers to no specific holiday or season, but the use of the chimes could be reminiscent of the something seasonal. It could also be used any time of the year or for any celebration of multicultural occasions. In any case, you could even add your own ethnic percussion or instruments to it for even more diversity. 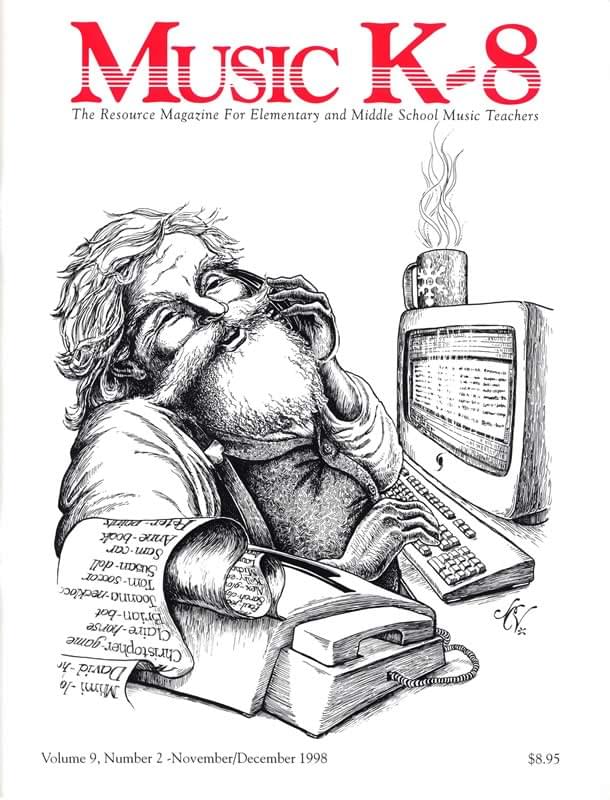