The Stars And Stripes Forever (vocal)

Imagine a time when popular songs could only be heard in a live performance, and when the most popular performing group was a band of men in elaborate uniforms playing marches. This was the way things were a hundred years ago when John Philip Sousa and his band introduced "Stars and Stripes Forever." The year was 1897, and Sousa was known all over the world as "The March King."

The story of this famous march reads like a tale of fiction, but, from all accounts, it is true. Always fond of travel, Sousa had taken his family to Europe on a vacation in the fall of 1896. Since this was the era before air travel, such trips took months. While in Italy, Sousa received the sad news that his close friend and manager, David Blakely, had died. Sousa immediately booked the next ship back to America.

As the ship left the dock, Sousa said that the sound of a band filled his head. Throughout the voyage, the band continued to play to him in his thoughts, gradually revealing more of the music. He never wrote down a note until he arrived in New York. When he went ashore, he wrote down the music that he had been hearing in his head, and claimed that he never changed a note of it after it was written. What he wrote is the march we now know as "Stars and Stripes Forever."

Actually, the music that Sousa finished on Christmas Day, 1896, was the march in the form of a piano score. This was just two days after he left the ship. Over the next few months he arranged the march so that it could be played by his band. With this arrangement, he added the distinctive brass and piccolo melodies that make the trio of the march so memorable. When Sousa's band played the march, the piccolos and brass players would line up in front of the band. Many bands and orchestras today have kept this practice alive.

From its first performance on May 14, 1897, this march has not just been popular, it has become America's, and perhaps the world's, best known march. It was also one of the first works of music to be identified by the rest of the world as "American."

During the forty years that Sousa toured with his band, they traveled over a million miles, bringing a positive look at America to many places in the world that knew little or nothing of the United States. And when America went to war, Sousa did his bit. At age 62, he gave up his $1,000 a day career to lead the Navy's band program for World War I...at a salary of $1.00 a month (at his insistence). He and his Great Lakes Navy Band helped recruiting and raised over $20 million for the war effort.

Aside from the great music he wrote, Sousa took considerable pride in the fact that he helped establish many school music programs, and today's school bands can trace much of their heritage to him. He was loved by his bands and by Americans wherever they met him. In 1932, Sousa died as he would have wanted it, on tour with his band. The last work he conducted was "Stars and Stripes Forever."

In 1988, Congress passed a bill naming "Stars and Stripes Forever" as The Official March of the United States of America. 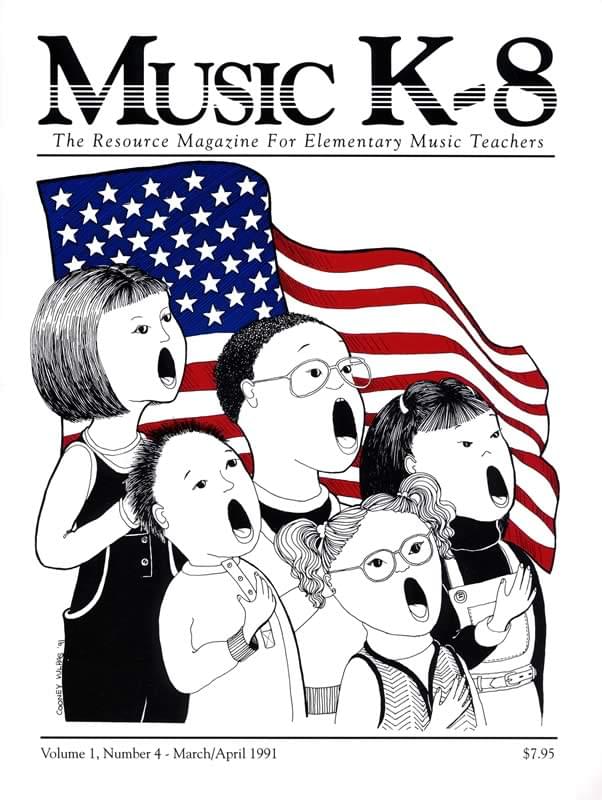