This song was sent to us by subscriber Wendy Osteyée-Christensen of Harleysville, PA. She wrote that her goal was to write a song that would enable the children to experience various activities associated with this holiday (despite regional and family differences).

She also wrote, "I used this song for all first through fifth grades, and found that each enjoyed it tremendously and performed it on their own musical skill levels. First and second graders sang the pentatonic song, acted out each verse and played temple blocks, gong and shakers. Third, fourth and fifth graders added the half note bourdon on bass xylophone. Everyone had a part to play.

My room is equipped with piccolo temple blocks (about $50) and a seven inch gong (about $35). Claves could be substituted for the blocks and a finger cymbal for the gong. Any shakers will do. (Shakers play on beats 1 and 2 of each measure with blocks and gong, indicated on the music.)

To do the simple choreography for each verse, certain props are useful. I made ribbon sticks by gluing two four foot ribbons to Popsicle sticks. (These have been handy for a number of activities and they are short enough that no one gets hurt.)

Here are the movements:

At the end of music class, we performed the whole song for their teachers who were very impressed with the tone set by the piece. They also liked the multicultural emphasis." 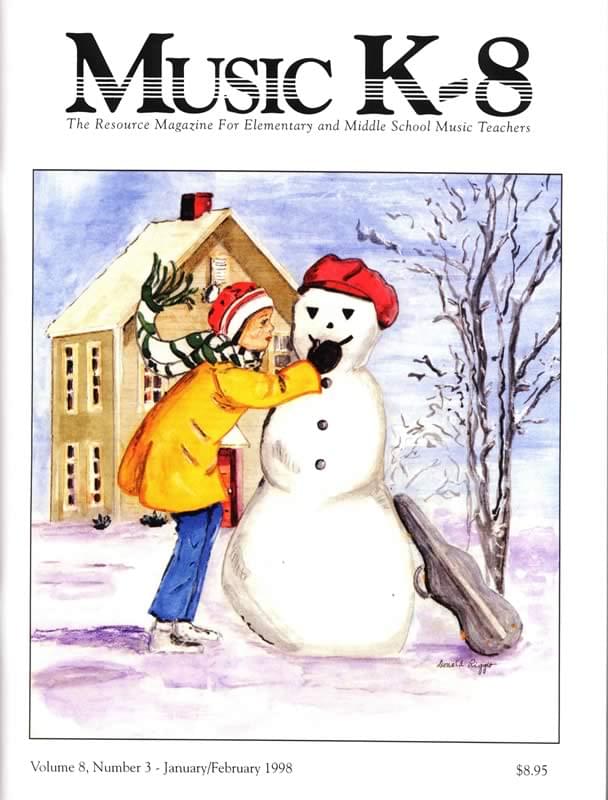