Hail To The Chief

This little gem is just in time for the Presidential Inauguration in January, Presidents' Day in February, and let's not forget National Kazoo Day, also in January. "Hail To The Chief" is, of course, the traditional march that is played to herald the entry of the President of the United States. (You can also use it to honor any president or person of importance.) While no one really knows why this became a common practice, it dates all the way back to 1837, when the song was used for the inauguration of President Van Buren. Actually, the song is probably of Scottish origin, and dates back to about 1810.

We have published both a reduced score and an extracted kazoo part in the magazine. (Plug: If you have purchased our Student Reproducible Parts, you receive extracted student parts for all of our selections.) You will note that the kazoo line is a simplified version of the melody as the original gets a bit rangy. During the bridge, the kazoos play a fanfare style accompaniment to the orchestra. With or without the recording, you may choose to eliminate the repeat. There is just enough of a break in the sound to stop the tape or CD without it seeming too abrupt. Besides using kazoos, you may also want to add classroom percussion. Snare drum, bass drum and cymbals would be great, but rhythm sticks and frame drum are fine, too. Keep the part simple, emphasizing the quarter note.

You also may want to use this song to emphasize the difference among straight eighths, triplets, and dotted-eighth/sixteenth rhythms. Of course, being a march, it is also a great excuse to have kids, especially the younger ones, marching to the tune. With safety in mind, we can't recommend that the kids play kazoos and march, so maybe one half of the kids can play while the others march, and then reverse the process.

Oh, and lest we forget, if any of you actually have a chance to perform this version for the president, PLEASE let us know. We really wouldn't want to miss it. We'll be sure to have a photographer there! 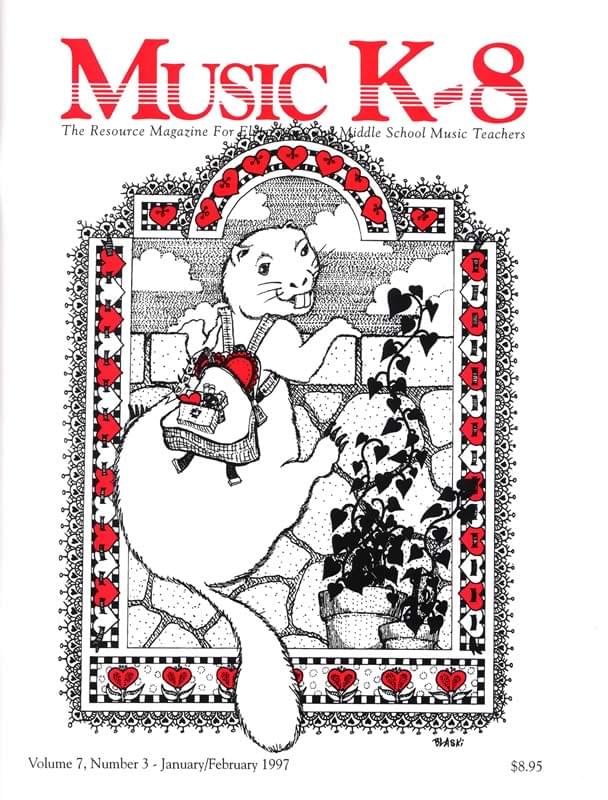