Picture it - you're a kid who's been playing outside on a snowy winter day. You've built a snowman, whizzed snowballs at several targets, made a snow angel, and boy, do you feel like it! Good thing there's a bowl of grandma's chicken soup to warm you up when you get home!

Since January is National Soup Month, chicken soup is the theme in this humorous country piece featuring guitar, banjo, and chicken choir. Young singers will enjoy the lively tempo and fun lyrics, and its repetition makes the song fairly easy. Movement would be simple to coordinate, and the following is a list of suggestions:

What you may want to do is divide the class in half, one half being the singers and the other half being the chickens. Of course, overalls and chicken suits are optional. But whatever you do, have fun with this one!

If you have the Performance/Accompaniment cassette, you may want to point out the guitar solo section of the song to your students. It has an excellent bluegrass style, and is very impressive. Also, if you're interested in the impromptu dialogue during the guitar solo, here it is:

You may wish to have a couple of young actors/actresses dress up as grandma and the chicken, and have grandma chase the chicken around trying to catch her to make soup. This has the potential to be hilarious, and your students should have a blast doing it. - J.R. 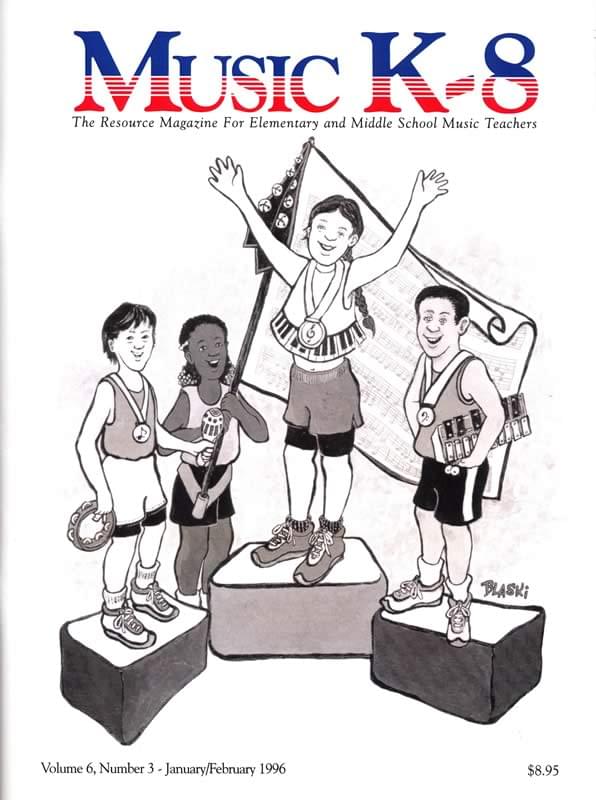