Our contribution to the environmental "season" this year is a bit more humorous than in previous years. Having already provided our subscribers with many serious, poignant, moving, energetic, and influential environmental songs, we thought it was time we tried a different approach to keep the kids interested and learning.

There are several aspects of this piece that are worthy of note. First of all, it is performed by the same jazz ensemble that performed "Big Band!" Discuss jazz ensembles with your students. What type of instrumentation is involved? Secondly, the piece features an improvisational trombone solo, played through a plunger mute for comic effect. Can your students envision this type of mute? It is exactly what they might think it is: the rubber end of a plunger, or plumber's helper, as it is sometimes called. It produces the "wah-wah"-type sounds when cupped over the bell of the trombone and released into an open position while blowing.

The tune is all unison, so it will be very easy to learn. But it has a few nuances which make it more interesting, and certainly more fun. For example, at the beginning and on the repeat, the tune is major and therefore the singers should sing very pleasantly, almost in an exaggerated tone. When they get to the punch lines of the first section, they should not only crescendo as indicated, but their tone should also become more strained and unpleasant. In fact, immediately following that point, they break into ad lib coughing and hacking. The piece becomes minor, and the whole attitude changes.

The section at measure 16, and similar sections, should always be sung as if they have lost their best friends. Tell them to ham it up, but keep it musical. Putting their hands to their brows in a gesture of despair may help them get into the spirit of it.

Each time they sing the word "woe" they should start with a little bit of an accent, drop the volume enough to give them room to crescendo, and then crescendo. Each ending of the phrase "Woe is me!" should have a slight fall off in pitch.

During the trombone solo, there are several ad libbed spoken solos. The first one, which begins a few measures into the trombone solo, is written out, but the answers can be much freer. If you assign the responses one at a time and instruct your students to follow each other, rather than say them simultaneously, the effect will be better. Have them listen to the P/A cassette for an idea of how they could do it, but let them have the freedom to do it their own way. Remind them that the trombone solo is still the most important part of that section.

The groans later on in the song should be assigned to one soloist at a time. We used three different kids for the three solos. The moans should be more like "toothache" moans rather than "complaint" moans.

The last time through the chorus, the words are a little different (coda, measure 58). The rhythm is also slightly different in measure 61. The effect is a slight pause between "We're always steppin' in some..." and the rest of the thought, " kind of ooze." Make sure they articulate "ooze" properly. Don't let them say "vooze." If you'd rather not change the rhythm, you can use the same one you've used all along as indicated on the bottom of the page.

Be sure to point out the sound effects to them: the chirping birds and the running car engine at measure 5. Also focus on the entrance of the harpsichord playing the Bach-like figure at measure 9, as well as the flute ensemble lines throughout the piece. (There are both C flutes, and alto flutes in the ensemble!) These are particularly well distinguished on the tracks side of the cassette and at the end of the piece in measure 72.

At the end of the tune, you will see the indication, "cough and hack freely after." As soon as the Basie piano solo is over and the fall begins, the coughing, etc., should begin as well. It can continue as long as you can stand it. You might want to talk to your students, though, about not hurting themselves by coughing too hard. They really could scratch their throats if they get too carried away.

You will also note that the piano/score indicates "long fall into gasps for air" in the last measure. If you listen to just the tracks side of the cassette (side 2), you can hear how our instrumentalists handled that particular instruction. It's really rather amusing. 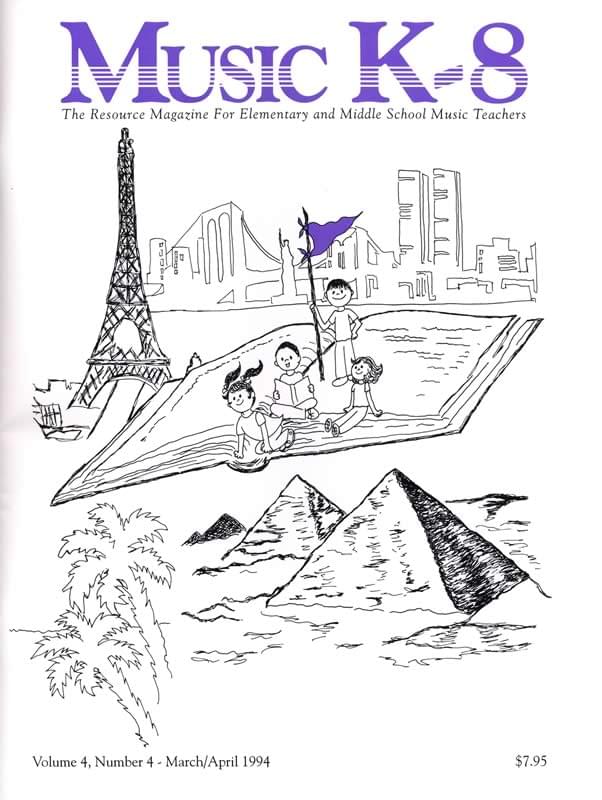