Before Apple Music, before Spotify, before any kind of streaming audio… there was radio. We're guessing that there are a lot of kids today who have never heard the sound of a radio being dialed to a radio frequency. "The Signal" is about old school analog radio – radio waves that travel through the air from a transmitter to a receiver – also called a radio. (Digital radio doesn't have any of the static tuning sounds of analog radio, and operates on a different principle.) For our purposes, we're talking about one-way radio, listening only. There are two-way radios, but that's another story.

This song takes you on an audio journey! It starts with a "click" (the sound of a radio being turned on), then a combination of hiss and static and signals being passed by (the sound a radio makes when you turn the tuning dial). Then the song begins in earnest with a four-on-the floor EDM groove (electronic dance music), then adds some of that hiss and static from a radio signal played rhythmically to the groove. It's a cool effect! The song also ends as it began, with the radio dial being turned with all its hiss, static, and signal, and then the radio is turned off with a "click."

The melody line is simple and repetitive, with an optional second vocal part that enters the second time. The two vocal lines are call-and-response, and we use two different synth sounds on our tracks to help your students follow along. (The second part is clear and exposed enough on the recording that we did not feel a rehearsal track extra would be needed in this case.)

In case you want to use the song without the extended radio sound effects, we have created an alternate mix that does not include them. You will find it on our web site as usual. If you're looking for an excuse to use this song (besides its wonderful cross curricular merit), why not perform it in honor of World Radio Day (Feb. 13th)? Or any cross curricular science and music event, class, or concert? In performance students could carry portable radios, turn the tuning dials and pretend to listen to them. Radios come in many sizes, from small transistor radios, to boom boxes, to consoles for the living room! Obviously, you would want one of the first two for props. Our studio singers liked this song, and we think your students will as well! 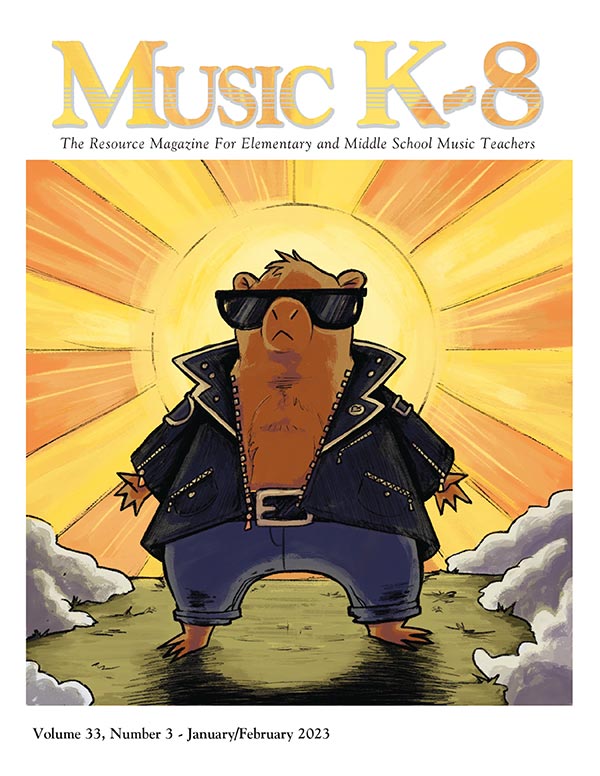