When you hear the title, "O Little Town Of Bethlehem," a very specific tune probably comes to mind. However, as with several other well-known Christmas carols, there is an alternate melody that uses the same lyrics that were written by Phillips Brooks. That alternate is the English hymn tune, "Forest Green," which was adapted by Ralph Vaughan Williams – a famous British composer from the early 20th century. While this version of "O Little Town Of Bethlehem" is sometimes performed here in the United States, it is much more widely used in the United Kingdom.

We've created a 2-part arrangement of this lovely melody. As you'll hear on the full performance track on the recording for this issue, we had a soloist sing from measure 3 to the downbeat of measure 10. You could take the solo further, if you'd like. Or, you could feature a few different soloists (or small group) throughout the entire first verse. The second vocal part enters at the pickup notes to measure 20 and is, of course, optional. If you choose to use it and would like a handy teaching tool, we have a downloadable isolated part 2 rehearsal track on our web site. It's included with the web extras for this issue.

This song would be a natural for using Kandle Lights™ (or any battery operated candle/light). You could simply have them illuminated throughout the entire piece, or you could have them come on at measure 37 when the accompaniment becomes quieter and more mysterious. Then, as the choir is holding their last note, start to have the singers extinguish each candle randomly until the end of the piece.

Note: If you're interested, Kandle Lights™ are available at our web site: MusicK8.com 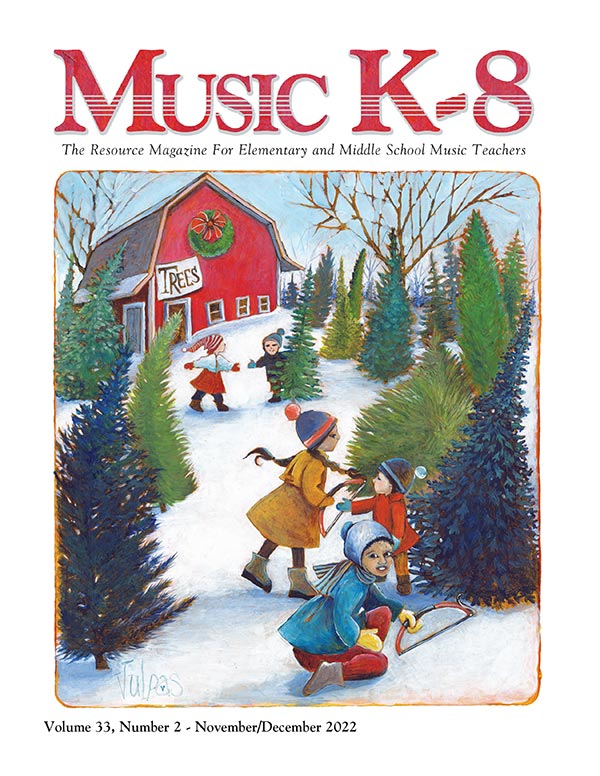