Sunflowers are some of the most beautiful flowers in the world. While different kinds can vary in color from bright yellow to gold to orange to red (and more), it seems the most familiar and visually popular ones are the yellow gold ones. They appear in the summer and continue into the fall, especially if the weather is warm enough. They are also quite distinctive, showing only one "flower" per stem, which resembles a small sun. Many of them can grow fairly large, too, making them instantly recognizable from a distance. Besides being lovely, they are used for other purposes, such as their edible seeds and oil. And their inspiration has touched everyone from artists and designers to food manufacturers and even governments. (The sunflower is the national flower of Ukraine, for example.)

There is a common bit of sunflower lore that says that sunflowers follow the sun throughout the day. According to our research, this is only partly true. The young ones do follow the path of the sun, but once they are mature, they do not. At that point, they only face east. This contributes to the striking impact of a field filled with sunflowers all facing the same direction. Given all the interesting details about these beloved flowers, you might consider letting students do research about them as an extension of your use of the song. That way, you can make it a cross curricular discussion in class.

The song itself is slow and gentle, and meant to be performed with a sense of peace. There is a second part, which is labeled optional, but which becomes integral at the chorus (bar 27 and similar). If you do not use this part for the verses, try to incorporate it at the choruses if you can. Even using a soloist or small group to sing it will be effective. If you simply can't, no worries. The second part is covered in the orchestration on the recording.

We have created an isolated audio track for teaching part 2, as well as a unison full version of the song, in case you find that useful. You will find these on our web site, as well as an a cappella version. We were compelled to do the latter as it was just so sweet to listen to as we were working on it in the studio. It might even inspire your own young choir to try it this way on their own. 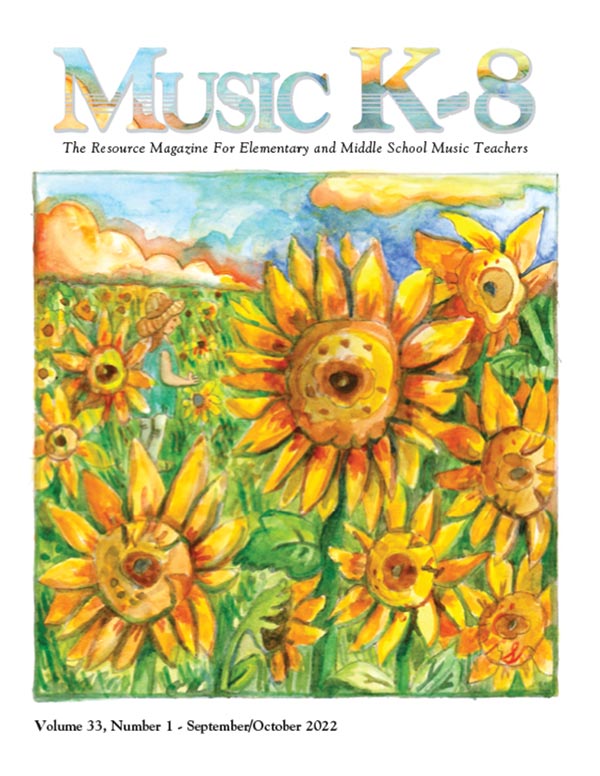