For the fourth year in a row, we will be bringing you a complete musical revue within the pages of the first three issues of the magazine. This year, our emphasis is on self-esteem and the name of our revue is Proud. You will get at least five songs geared toward the subject which can be used in the context of the revue, or separately, as your needs dictate. The script and teaching suggestions will appear in the third issue with the final songs. As usual, our title song shares the name of the revue and is our opening song for the year as well.

The song, "Proud" is designed to be either a slightly complex part-singing song, or a simple unison one. It would work well for middle to upper grade students, or a combination of several grades. All of the harmonies are optional. The part II line that joins in on the D.C. is written in octaves so that it can be sung by higher and/or lower, changing, or changed voices. Even the six-part, or four-part harmonies at the end can be simplified to a unison line. And because the song is in cut-time, the eleven pages it takes (whew!) fly right by. The high energy feel will probably get your students bouncing a bit - so, go ahead and let them! And if adding claps during the chorus feels natural for your students, by all means go to it!

As mentioned, the vocal lines turn into a six-part harmony toward the end of the song. If you have older students who enjoy a challenge, this will be fun and sound terrific once they put their parts together. However, if you want to reduce the parts, it will absolutely work, especially if you're using the cassette, since all of the lines are doubled in the instruments. You can break the line down to a single unison if you wish by singing the same version of "I will reach my brass ring," as had been previously sung in the song. Just hold the word "ring" out until the movement stops, and it will fall into place nicely. (If you have a willing soloist, the part I descant can soar above the other lines.) And of course, the four-part final line can be broken down to any combination of parts, including unison. (Take a little time to talk about the concept of reaching for the brass ring. What does it mean? Does anyone know its history? Discuss its symbolism in terms of taking hold of opportunity, or winning a great prize.) 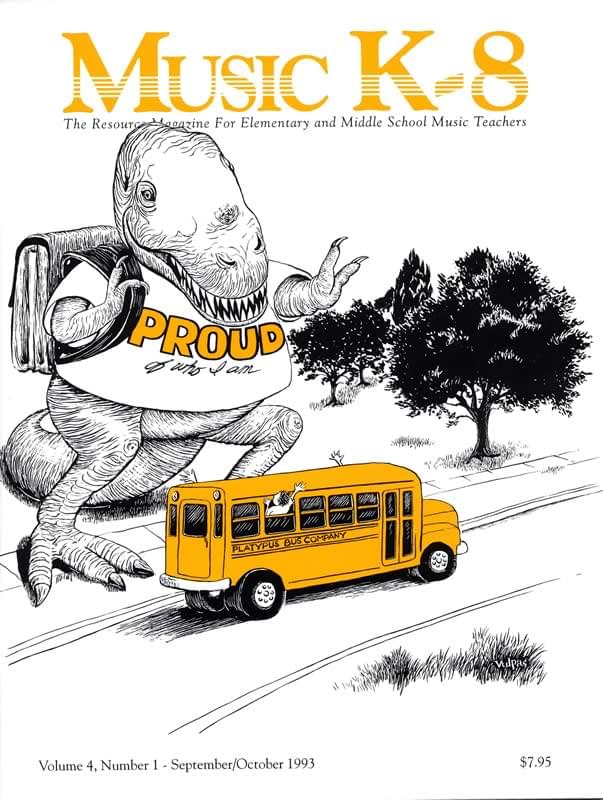