Ain't We Got Fun?

First performed on stage in 1920, "Ain't We Got Fun?" was published a hundred years ago in 1921. It was a big hit in the Roaring Twenties and was a response to the poverty of the time, promising fun in the face of hardship. It could easily be coupled with a cross curricular look at the history of America in the twenties, including the attitudes of young men returning from war to difficult times at home.

The music was written by Richard A. Whiting and the lyrics written by Raymond B. Egan and Gus Kahn. It has a foxtrot structure, which also refers to a dance popularized in the same era. (We noted, while recording, that the writer of "Santa Claus Is Comin' To Town" must have liked the song as he used a similar chord progression and style.)

Definitely a song for your advanced choirs when you use it as a 3-part mixed arrangement. It incorporates some divisi in parts 2 and 3. You could also perform it in unison if you prefer to do it with younger groups. We have created a unison version of the audio and put it on our web site for you. There, you'll also find isolated rehearsal tracks for parts 2 and 3, and a cool a cappella version that is fun for listening or learning.

For the best effect, be sure your vocalists sing with the proper attitude. Think Roaring Twenties, cutesy, tongue-in-cheek, Betty Boop style and you'll be fine. The orchestration is simple, leaving room for the vocals to shine. It's just twice through, and the first time is part 1 only, but then when it repeats, parts 2 and 3 join in, where you can tell them, "Give it all ya got!" And don't forget to swing! In fact, take the opportunity to discuss again what it means to swing. 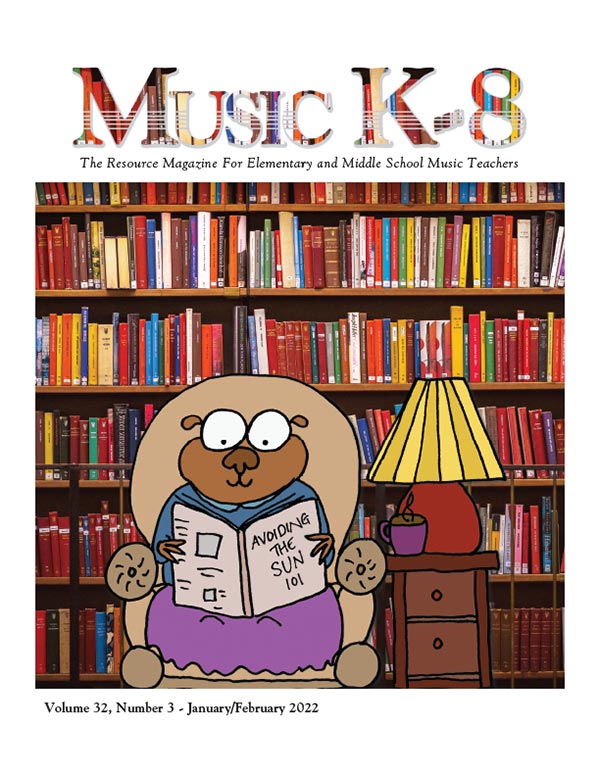