The year 2020 was a difficult one on many levels, and part of that was the loss of one of the greatest guitarists of our time, Eddie Van Halen. Arguably Van Halen's biggest hit is the song "Jump," from the album 1984. As an homage to the late, great Eddie Van Halen, we present, "Clean My Room."

Much like the song that inspired it, this tune is a lot of fun! And it has an important message, especially pertinent to the lockdown during the pandemic of that same year, 2020. But of course, universal in reality for any time. (Though, if you haven't cleaned your room since March 2020, it's past time to do that!) The lyrics are humorous, too, painting a picture of dust bunnies and dishes stuck to the floor. Special thanks to Mary Harris who plays the mom on our recording and does a mean scream a la David Lee Roth, only she says "Ewwww!" (When casting the mom role for this song, make sure your performer has a really good "Ewwww!")

In performance, students can wield cleaning props – a mop, a broom, a stick vac (nothing too bulky), a roll of paper towels, some glass cleaner and a microfiber cloth, etc. They can act like they're cleaning of course, but the most obvious choice for the folks with brooms and mops is to turn them sideways and play air guitar during the solo. Maybe at least one kid has a "real" guitar to pantomime on, too. Also, the idea behind the mom saying "Ewwww!" is that she's looking around and seeing how bad the room has become, so have your Mom really play it up for that. Her "Oh, dear!" should have a bit of desperation to it as well.

The song features a fat analog synthesizer sound similar to the one made famous by Eddie on his Oberheim OB-Xa. And while that sound dominates the piece, we also feature a killer guitar solo played by our own Sandy Williams. As a side note, Sandy has two sons named Eddie and Alex. It seems somehow fitting that he play the solo on this, and he did an outstanding job. Rest in peace, Eddie. 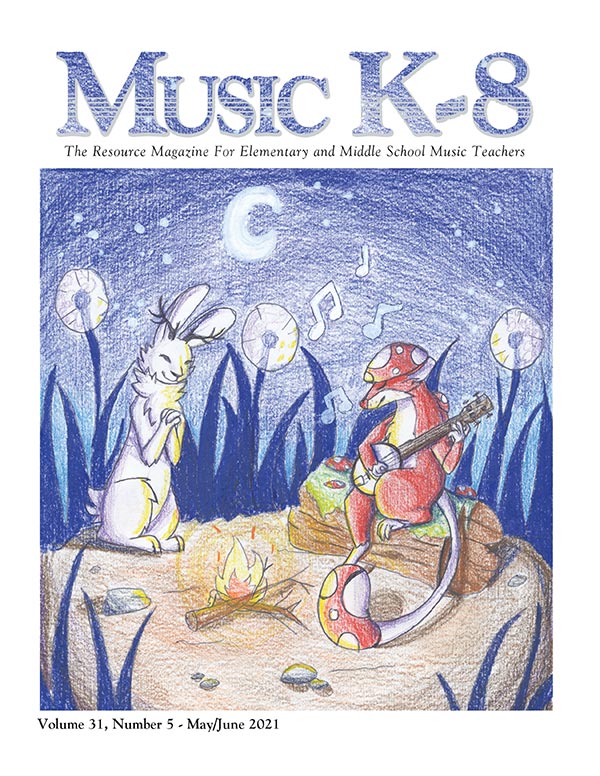