So just who is this Albert Mooney fella and what is his game? We cannot figure it out based on the lyrics, but he plays a major role in this 19th century traditional English children's song called "I'll Tell Me Ma." You can hear it at all the Scottish/Irish festivals and it's all over YouTube. Rightfully so! It's a great song and a blast to sing!

Of course we took the Scottish/Irish approach ourselves with Irish whistle, fiddle, accordion, banjo, and a bodhrán on top of a traditional rhythm section. The instruments in the introduction and the recurring vamps pretty much play the vocal melody line, so you'll know what to expect.

There are plenty of lyrics in the somewhat random story line, but it was a surprisingly quick learn for our bunch in the studio. Once you've sung through it a few times, it starts to fall into place.

This is a very energetic song. By the end it's a big party! After the second verse, your audience has heard the chorus three times so they are now invited to sing and clap along. (Remember, in Scottish/Irish/ Appalachian music you clap on the beat rather than the backbeats.) After they sing a chorus with you, the fun begins. We add an accelerando that eventually ends at an almost unsustainable pace. The magic of the recording studio allows us to sing it till we get it right. You'll only get one chance in concert. But it's fine if it falls apart at the end. Just start whooping, hollering, and clapping for the big finish, and everyone will have a great time!

(Note: This song includes a Diving Deeper Into The Music learning assessment PDF.) 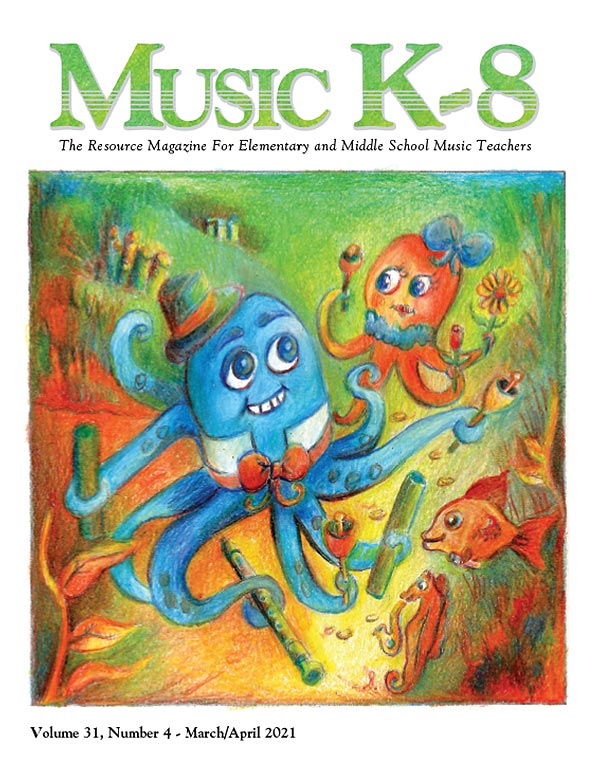