It was 450 years ago when the famous composer/music theoretician Michael Praetorius was born. Life was very different in 1571, with 90% of people living rurally, though a stream of people was coming to the growing cities. Most floors were dirt, houses had few if any windows in northern homes. There was no running water for most, and the average family would bathe once a year, usually in May. Life was hard, and life expectancy was short comparatively. It was not unusual for common folks to never travel more than 25 miles from home.

Praetorius (born "Schultz") was a composer of both sacred and secular music. As organist and later as music master to a local German duke, he wrote music for services and local occasions in the area. His wide range of compositions consists of masses and hymns in the Protestant style of the time, as well as music that brought the polychoral music of the Venetian School to his circle in Germany.

"Terpsichore," originally one of the nine Greek muses, has come to mean a joy of dance and music. Our work – which is a recorder feature using (optional F#), G, A, B, C, and D – combined two themes from Praetorius' book of that name, which included some 300 instrumental dance works.

We begin with a count-off prior to the first measure as a cue. Consistent with this period, we have included a few optional small percussion instruments in addition to the recorder: small frame drum, big tom, small tambourine, and rhythm sticks. The extracted simple parts can be found on pages 66-67 of this issue. The piano/recorder/percussion score (PDF) can be found at our web site in case you wish to see the condensed orchestration, too. 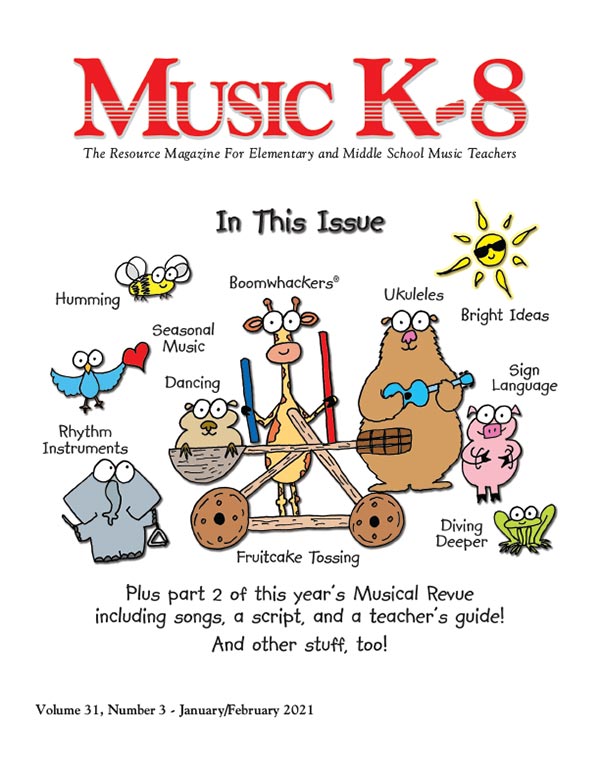