Goin' To A National Park

Probably the most vivid imagery we conjure up when we think about the "great outdoors" includes grand vistas of majestic mountain ranges, dramatic valleys, and wide open plains. But of course, it's much more than that. Even so, there is no more iconic place to look for such natural beauty than a national park. We are very, very fortunate in the United States to have dozens of national parks (61 as of this writing), with more being added from time to time. Some of the most famous include Yellowstone (the first national park in the United States and probably in the world), Yosemite, Everglades, Rocky Mountain, Grand Canyon, Shenandoah, Denali, and Sequoia.

The song, "Goin' To A National Park" mentions a number of these by name. We deliberately did not try to name every park because it will likely change again, and frankly, some of the names of the parks are a bit odd and difficult to fit rhythmically, much less remember. That said, the ones we did use are more familiar in our estimation, but we do absolutely encourage you to switch out any you like. Particularly if you live near a national park that is not mentioned, please feel free to add it to your rendition.

There are two parts to this song, and both of them are integral, so we do not consider either of them optional. Don't panic though. The second part (refrain), which actually starts the piece, is almost entirely the same rapped chant over and over again. It is comprised of mostly sixteenth and eighth notes, but at the slow halftime pace, it's not really that challenging. Just let your kids listen to ours on the Performance/Accompaniment recording to get the hang of it. Probably the most difficult thing about it is remembering when to start and stop, which you could easily cue. Since it does begin the piece, you will hear an extra long drum set-up (two measures) prior to bar 1. This establishes the tempo as well. Be sure students listen carefully and are ready to begin.

Part 1 enters at the pick-ups to measure 9. The lyrics are essentially a partial listing of the national parks in America, as mentioned. When part 1 and 2 sing together, part 1 becomes a simpler, descant-type part that doesn't overshadow the chant. It's not very hard, and again, just letting your singers listen to ours will go a long way toward learning their part.

On the recording, an electric guitar melody leads the way with a rock anthem vibe that comes and goes with the vocal lines. Toward the end of the song, that motif is picked up by the brass and the guitar becomes an ad libbed solo soaring over everything. It evokes a bit of patriotic music if you care to hear that interpretation. (That's guitarist Sandy Williams being his awesome musical self on the recording, by the way.)

If you wish to use a slideshow or projected presentation during your revue, this song would be a natural. You could show each national park as it is being mentioned, though that might be a bit too fast. Or you could just have a slower show that changes generally as the whole song is sung.

Another nice thing about this song is that it is not specific to this revue. So you can mix and match it with other programs, collections, or revues as you like. You could also share it with the regular classroom teacher to make it a cross curricular activity, always a positive for music classes. 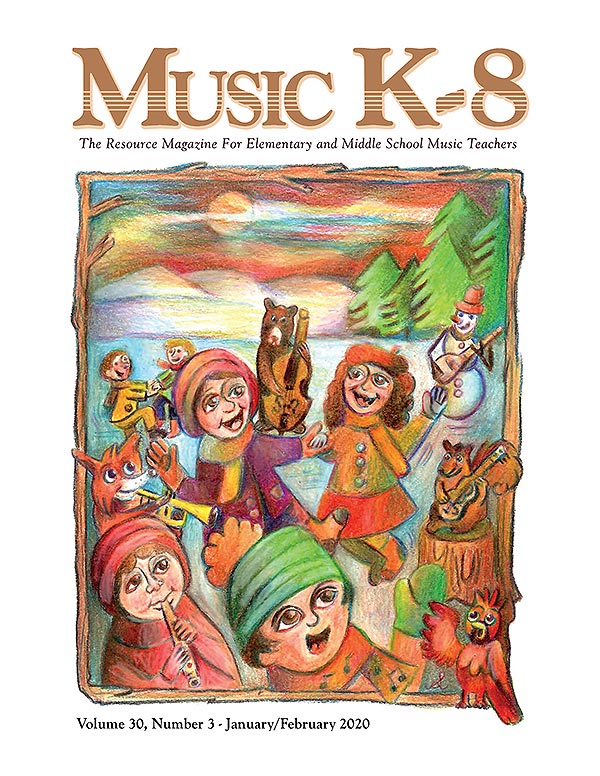