"Hey, Ho, Nobody Home" dates all the way back to the 16th century, though its origins are somewhat obscure. One thing that is fairly certain is that it came from England and was a favorite of carolers who went from door to door at Christmastime, soliciting food and drink in exchange for their singing. It is a very simple little melody that is fun to sing and that works very well as a round. And while it is often thought of as a Christmas caroling song, it never actually mentions anything specific to Christmas. So, it would work well as a secular holiday piece.

Our arrangement starts with a unison verse at measure 9. Then, there is a 4-bar interlude that features a trumpet solo. Note that the trumpet is using a Harmon mute, which gives it a unique and affected sound. The 3-part round starts at measure 20, and as with any round, your singers will have to really concentrate and pay attention to where they are in the song. To keep them on track, there are cues given in the recorded accompaniment that will help them recognize each time a new round begins. The first time at measure 20, a hand drum enters. The second time at measure 20, a tambourine begins to play. And the third and final time at measure 20, the solo trumpet with the Harmon mute returns. If your singers listen for these cues, it will at least help pinpoint where they are in the song. After the third time through, your three groups build to a big finish.

You could perform this arrangement very simply, with your choir divided into three groups. However, if you wanted to stage it a bit, you could have your performers (or at least a small group) dressed as "old English" (or any era after the 16th century, really) carolers. One or two of them could carry lanterns, or they could all hold Kandle Lights™. You might also consider having the audience get involved by singing the round with you. It's short and easy enough that they could pick it up quickly. While the recorded accompaniment really adds a lot to the performance, you could also do this completely live with piano, guitar, and some rhythm band instruments like a hand drum, triangle, tambourine, finger cymbals, etc. (Kandle Lights™ and small percussion instruments can be found at MusicK8.com) 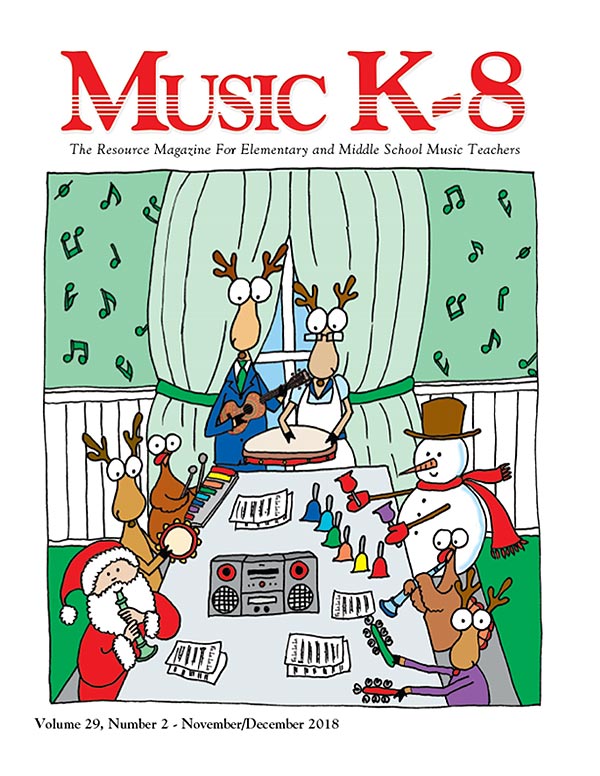