This tune will probably work best with middle to upper classes, or a combination of several. It starts with a gentle flute duet and a soloist. (The superb solo voice on the P/A Cassette is a young man named Derek Swanson.) After the second flute duet, the song unexpectedly becomes a rock tune with a little gospel flavor thrown in. The tune has a natural build to it: solo - rock feel - unison ensemble - adding part II at m. 60 - the cumulative rap - full 2-part singing - then back down to flute duet. When performed as written, it will be most effective. The part II line is written low enough to be used with lower, changing, or changed voices, but is challenging enough to keep your singers interested.

The rap is also a building tool. It starts with one rapper, then adds one, adds another, etc., until there are 8 in all. Be sure each entering rapper comes in clearly and loudly. Let them naturally crescendo to the words, "Be strong!"

The piece continues at full volume until measure 100 where there is a molto diminuendo into measure 102. This section is sung 4 times with a crescendo to forte at measure 106. The two parts are critical here for the build and the drive. Be sure to teach your students to stagger breathe during this section.

If you use the claps throughout, pay careful attention to where they stop and start. It should feel natural. Make sure they clap on 2. (It's in cut time.)

If you have flutists you'd like to feature, but still want to use the cassette, just start the tape where the flutes end at the beginning, and stop the tape where the flutes start again at the end. Let them tune to the tape by playing along with a short section before they begin, though. You might also want to make a copy of the tape that starts and stops exactly where you want it to for ease of performance. 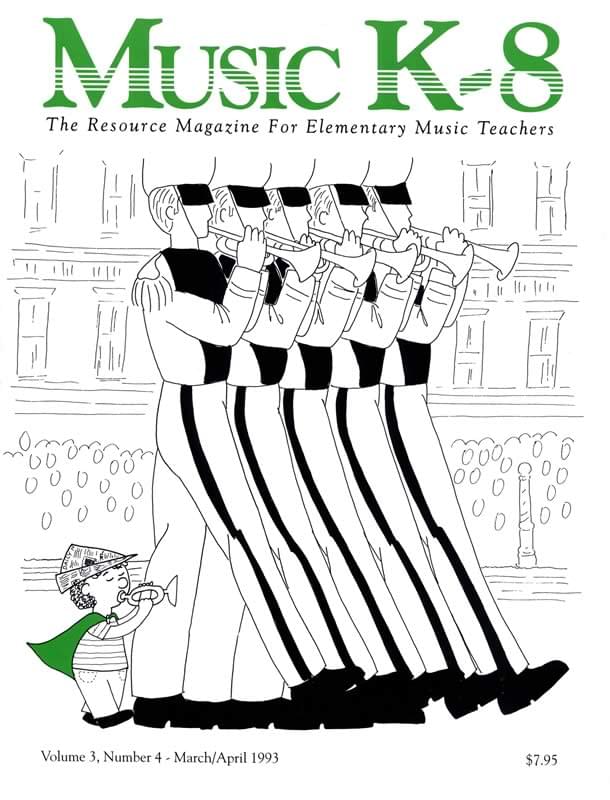