"Old Folks At Home" is better known as "Swanee River" or "Way Down Upon the Swanee River." Written by Stephen Foster in 1851, it has an interesting history and wound up as the Florida State Song. It seems that Foster needed the name of a river for the song and, after several considerations, landed on one his brother suggested. Even then he changed the name of the Suwannee River in Florida to "Swanee River" to fit the syntax of the melody. Stephen Foster never visited the river. In fact, he never even visited Florida!

Foster was a Northern supporter and a strong advocate for the abolition of slavery, yet the singer in this story longs for home – the home, in this case, being a plantation. Remember, in 1851, half the states still had legalized slavery on the books. The way this song seems to romanticize plantation life later became controversial and led to the changing of some lyrics as well as the African dialect to that of American English.

This arrangement lays out the traditional melody in unison. Though it jumps around a bit, the familiarity of the song makes it a pretty quick and easy learn. Dynamically, it stays mezzo-forte throughout. You don't have to get too excited, but do not lose energy or the presentation will suffer.

This song provides a wonderful opportunity to teach the concept of swing rhythm. You might show them how it would sound with straight eighth notes to demonstrate the difference. We've orchestrated with old-timey instruments like banjo and washboard but added a string section to later verses that brings a sense of calm. What a great springboard to discussion about how things have changed since the days of Stephen Foster.

Choreography - If you decide to use this piece in a performance, you might want to consider adding some movement to make it extra special. Our choreographer, Melissa Schott, has come up with some ideas you may wish to use, though she always encourages teachers to alter and/or adapt her suggestions in any way they like. You will find the video of her choreography as well as a PDF of her teaching notes on our web site. 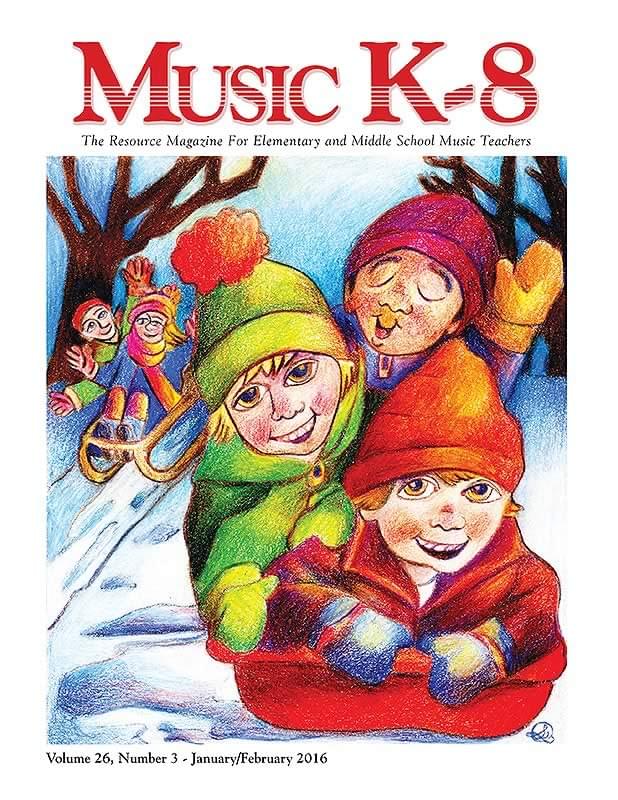