About five miles west of our house, heading toward Waukesha, Wisconsin, is a little break in the road known as Goerke's Corners. It was there, in the early summer of 1915, that Lester William Polsfuss was born to a proud German family. We know him as Les Paul, a true pioneer in music and an inventor who had a profound effect on the music we hear today. (For a longer tale about his history and accomplishments, see the reproducible on page 64. We have also made this page available as a downloadable PDF so that it will be easier to print. See details on page 62.)

To celebrate the 100th anniversary of Les Paul's birth, we have created a song for your recorder students to play based on the style and chord changes of his biggest hit, "How High The Moon." The song also celebrates another jazz tradition – making a bop melody (a "contrafact") that follows the chords of a popular tune. In the case of "How High...," there is a famous jazz tune, "Ornithology," written by Charlie Parker (also known as "The Bird"), over the same chord changes.

So, we have done a little bit of both. The basic song repeats, with recorders sharing the melody both times. The second time though, a bop-like countermelody (in the style of "Ornithology") plays against the melody. To further honor Les Paul, our amazing guitarist, Sandy Williams, plays in Les' style and with his specially processed reverb during solo breaks and with the bop combo the second time through.

To make this tune as usable as possible, we have recorded it at two different tempos. We also provide a simpler second part that can be performed by itself or with the first part. Rhythmically, it is fairly straight forward, and a few notes are marked as staccato, giving you a good opportunity to teach the difference between staccato and legato playing.

Aside from the downloadable lesson on Les Paul, we are also making the piano/recorder score available as well as several nice I Can statements to reinforce the concepts learned as your students study the work. 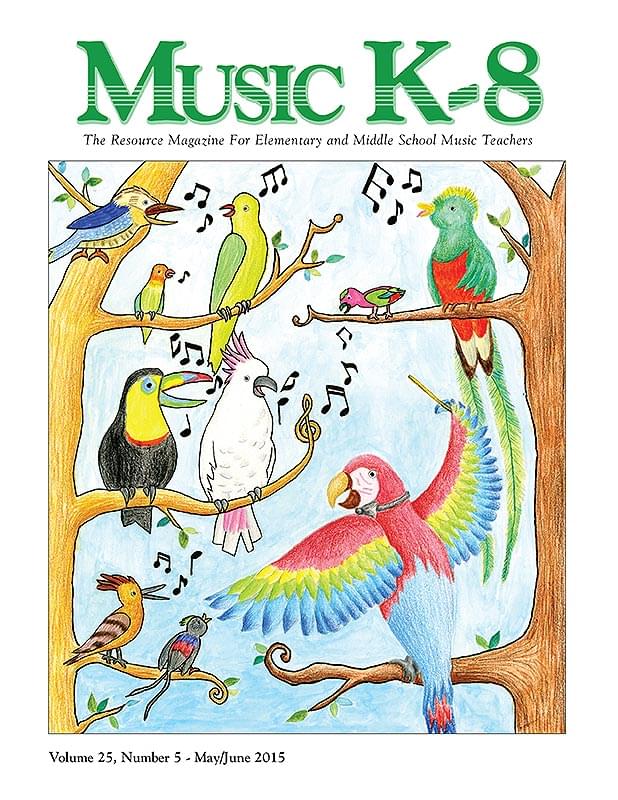