I Want To Hear A Saxophone

In November (2014), we celebrate the 200th anniversary of the birthday of Adolphe Sax, inventor of the saxophone. To help you in your lessons surrounding this event, or just for general study, we have created a song about saxophones. In it, the four most commonly known instruments are featured: soprano, alto, tenor, and baritone. The arrangement on the recording is, as you might expect, a saxophone quartet.

The tune is a simple and memorable one – light and bouncy, and a little bit quirky, just like the saxes themselves. The song is played three times through. The first time, the kids sing it. The second time, the saxophones take turns playing the melody for four bars each, with pick-up. At the end of each one, the name of that instrument is spoken by a soloist. (If you prefer to use multiple speakers, that's fine.) The third time through the tune, the first two versions are combined, kind of like a partner song. So now you have the kids singing, the saxes playing in turn, and the names being announced.

To enhance their study, let students just listen to the instrumental version of the song on the recording as well. The soprano and alto saxophones are very similar sounding, so they will need to listen carefully to tell them apart. The baritone sax is the easiest to pick out. Ask them why. (It's the lowest!) 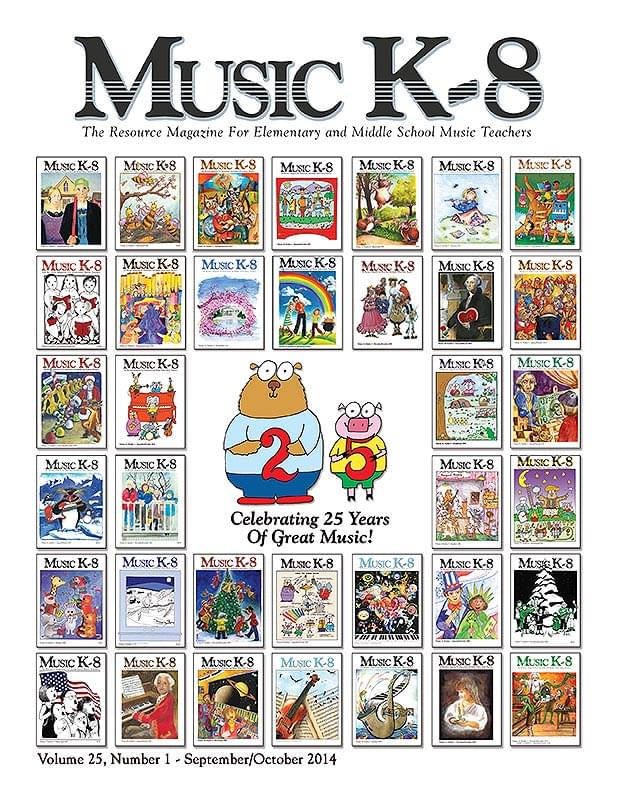