Here's a good way to end any recorder performance with lots of style. We've taken a great old game song and created a set of variations around it. The song, "Four In A Boat," was originally a gentle circle tune, which we recommend on its own merits, and which you can find readily on the Internet.

There are three variations, the first of which is a nice statement of the tune, played legato by the recorders. The second variation is a lot of fun, and is the ideal way to practice staccato playing. The melody is mostly intact, though the recorder becomes part of the pointillistic treatment tossed around within the orchestra. The work ends with a majestic finale which is stated in a fast tempo, but have no fear because the recorders play the melody in notes that are each twice as long as they were in the first two variations.

You will note that this isn't a "theme and variations," but you can make it so quite easily. All you have to do is have a soloist or small group play the melody for each section as it exists during the first variation, either a cappella or with a simple accompaniment, say guitar or Orff instruments. (Maybe a marimba or bass bars playing the tonic of each chord on beats one and four of each bar would be nice, too. Or just a small triangle on beat one of each bar.) This stated, you start the recording with the full orchestra. It can be most striking.

The work is arranged with one soprano and one alto part, appropriate for a player in the first year of playing alto. The alto part is optional, of course. The score that shows these parts with a piano reduction of the orchestration can be found online as a free download.

Listen - Do listen to the accompaniment track with your students, picking out the various instruments in this richly scored setting. The second variation is especially interesting, as the strings are mostly playing pizzicato, the trumpets and trombones are in straight mutes, and as a special surprise, we add banjo to the orchestra at bar 17 for just a hint of bluegrass. See if your students can identify it. 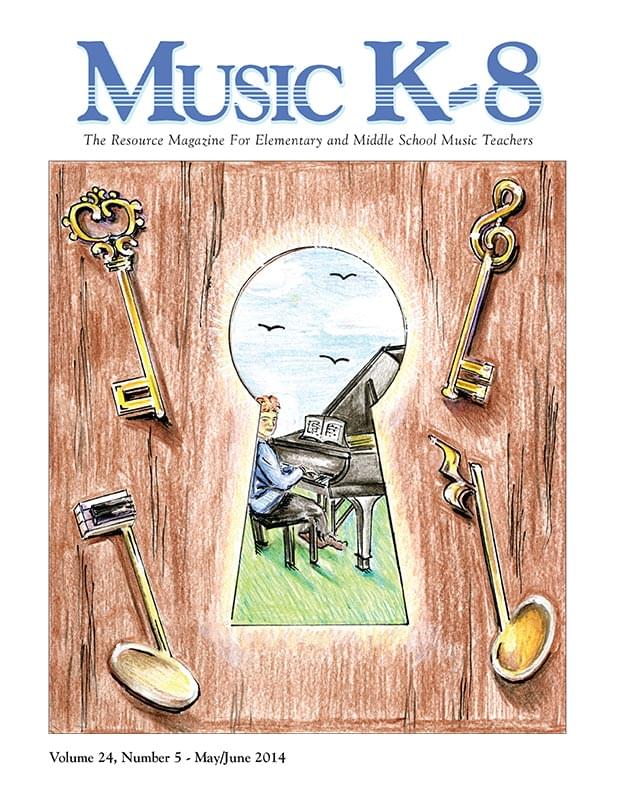