Down To The Bone

This song was officially written as part of the musical revue, United We Sing. In that context, a discussion of the lyrics would be quite appropriate: more reasons music is so important and valuable. (The first two songs were published in the Sept./Oct. issue. The last songs, script and teacher's guide will appear in the next issue.)

The tune begins with a full-throated, resounding count-off, as indicated on the music, and as heard on side 1 of the Performance/Accompaniment Cassette. On side 2 of the cassette, you will hear four drum taps to cue your count-off. The drummer then plays his hi-hat with the count-off. You may add claps to the introduction, if you like, as well as other places throughout the piece as indicated.

There is an optional part II, which does not begin until the D.S. of the tune, after the rock'n' roll guitar solo. This part has a limited range from the F below middle C to the D above it. It is designed for lower, changing, or changed voices. However, it can be sung the octave above at any point in the song, if you prefer. During the a cappella section, if you don't have the lower voices, by all means consider taking part II up. Or, for a bit of fun, bring in one or more teachers (male or female), principal, secretary, custodian, etc., to sing part II.

The rap section during the guitar solo should be performed by everyone, part I and II. Note that the dynamic is only mf at measure 51. That way you will have room to crescendo into the last two bars of the rap section. Let the kids have fun with the "Aw!" part, starting as low as they can comfortably go and sliding up to yell, "one, two!"

A simple way to execute a line dance is to line your students up in chorus line formation, that is - standing next to each other shoulder to shoulder. On the first three beats of the measure, take three steps to the left, starting with the left foot. On beat four, kick the right foot out while clapping. Reverse the pattern for the next measure, and so on. Do this for all eight measures before the rap begins, or add other steps as you wish. (Stepping forward and turning to the rear is another good move to add.) Your kids will be thrilled with the line movement once it gets all worked out. Whatever you do, though, keep it simple! If they can't do it, they won't enjoy it. 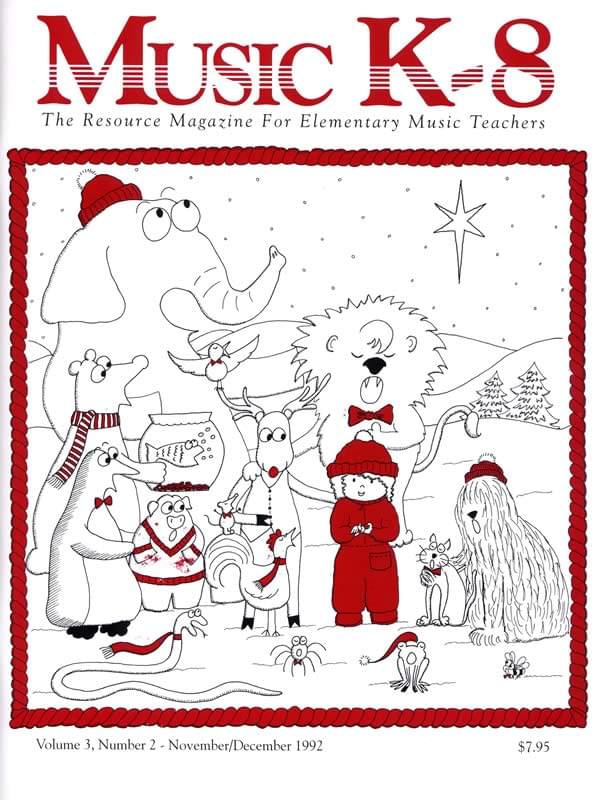