Being a little Irish at heart, this is the most fun I've had with a song in years. It celebrates the Feast day of St. Patrick, a late fourteenth/early fifteenth century Bishop in Ireland. Born a Scot, St. Patrick has an interesting story. As a young man of around 16, he was kidnapped by raiders and taken from Britain to Ireland. He was enslaved as a shepherd. He eventually escaped. But once back in England he had a dream that the people of Ireland were begging him to come back. After becoming a Bishop, he returned to serve the people of Ireland.

This upbeat song takes on a very traditional Scottish/Irish flare. It uses traditional instrumentation for the genre. It begins with a bodhrán, which is an Irish drum that looks like a tambourine without the jingles... and a bit bigger. It is played with a beater held like you would hold a pencil, striking the head "back-handed." The melody instruments join in, including fiddle, penny whistle, accordion, and guitar. As an aside, this song is a "jig" as opposed to a "reel." The difference is that a jig has a shuffle or swing feel (triplet based), while a reel is in straight time. Also, a jig makes you want to clap on beat one, and a reel makes you want to clap on the backbeats.

This is a very joyful song, so you'll want to sing it with a lot of bounce. Watch the dynamics in the bridge. The repeat is softer and builds to the third verse. And what about those lyrics? Here are some words your kids might not recognize, but are very common if you listen to this style of music:

Lads and lasses: boys and girls (We used lasses instead of lassies as lassies implies affection.)
Mirthful: happy, joyful
Fye: Away! Be gone!
Tripp't (actually "Trippit"): stepped lightly (We used an apostrophe to shorten it to one syllable.)
Glen: a meadow or field
Tae toun: alternate spelling of "to town"
Blythe: cheerful
Bonny bairns: attractive children
Creal: basket (Can also be spelled "creel")
Laird: Lord of the land; land owner/landlord


As you can see, diction will be important.

An instrumental break (measure 28) offers some rhythm practice with hand claps. There are spoons playing the clapping part for support. 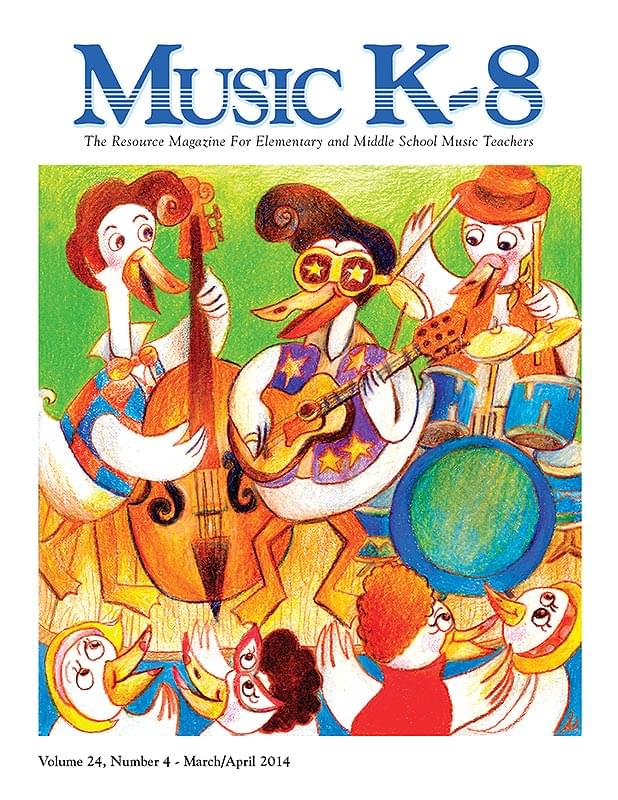