Wilhelm Richard Wagner (Vahg-ner) was born May 22, 1813, so "Happy 200th Birthday, Wagner! Grab your horned helmet and let's sing!" Well, actually, in this case we play. Given that most of Wagner's themes don't translate well for young singers, we thought that this well-known theme from his opera Lohengrin would be a great way to play his music and open the door for a lesson on his life and work. Many students will recognize it from weddings they have attended or seen in the media, but they probably don't know it comes from a German opera.

Richard Wagner - Not always an easy composer for kids to study - Many great composers lead troubled lives, not always getting along well with the world around them. Wagner was such a composer at times. While he was largely untrained, he was extremely innovative, and his music broke ground in many ways:

Even in its simplest form, doing a bio of Wagner for children might be problematic. But there are factoids about him and his music that can be good stepping off points for discussion:

About this arrangement - As with many of my settings for Music K-8, I arranged this for three recorder parts and orchestra. Soprano 1 is the more difficult, and stays closest to the original melody. Soprano 2 is much easier in notes needed and rhythms used. The Alto part is fairly simple, too, and should be accessible to most players after a semester or so.

There are a couple of things to note: First, all players could wait till bar 5 to enter. Also, the arrangement may be played without eighth notes. When you get to a dotted quarter/eighth note pattern, just play a half note on the first note of the figure.

A bit of listening - If you are actually studying the composer in your classes, you need to let your students hear his music. To begin with, let them hear the original version of this Bridal Chorus. It is in the third act a bit, and is scored for a moderate sized orchestra and voices. Another exciting work that will certainly let your students get the flavor of his music is the "Ride Of The Valkyries" from Die Walküre. Many versions of each can be found on iTunes.

Extras on MusicK8.com - On our web site you will find the reduced score of the arrangement showing the orchestra on two lines along with the recorder parts. You will also find a larger version of this color picture, ideal for use on a bulletin board. 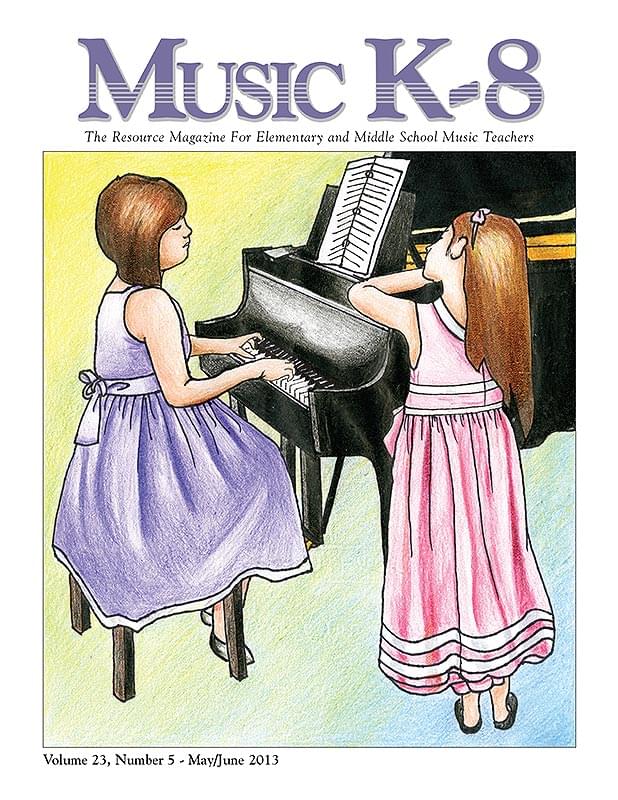