The Farmer In The Dell

One of our favorite things to do is to take an old favorite song and do a new, unique treatment for you and your students. This children's favorite probably originated in Germany in the early 1800s, or even earlier. It was in the 1820 Roud folk song book, and had found its way to America by the 1880s, probably through German immigrants. By the turn of the 20th century, it could be found all over the world, in several languages, including English. It started as a "courtship" game song, and by the time it had settled down in the U.S. a hundred years ago, its melody was the one we know from "A-Hunting We Will Go," and followed the general contours we use in this treatment.

This original arrangement was done by Paul Jennings, but we wanted to give one of our talented colleagues a chance to orchestrate, so we turned it over to the very creative Dan Thieman. As you can hear, the song took on a whole new orchestral life at this point. For each verse, the orchestration ebbs and flows, using a different set of colors from the orchestra.

Game on! - As we mentioned, this is traditionally a game song, usually a circle game. The most common version goes something like this:

The players form a circle holding hands and singing the first verse while moving around. One child stands in the center and is designated as the farmer. When the verse is over (in the short interlude) the farmer makes his choice of a wife (sometimes without looking). The wife joins him in the center for her verse and so on through the verses until either the cheese is selected or only one person is left to become the last character. They usually become the farmer for the next round. Do make sure you have enough room clear of chairs and such, and that you have more than nine children playing/singing.

Drama anyone? - Another bit of fun to be had with this song is to have your primary students play out the song with puppets. While there are some puppets commercially available, we had a better idea. We have created templates for each of the characters that you can download, print, color, and mount on tongue depressors (or clean Popsicle® sticks) to create cool stick puppets. (Available free at our web site. See the box on page 79.) You could even do a farm mural on the wall behind you, or build your own little puppet theater. That is so much fun for younger students – and their parents in a performance! 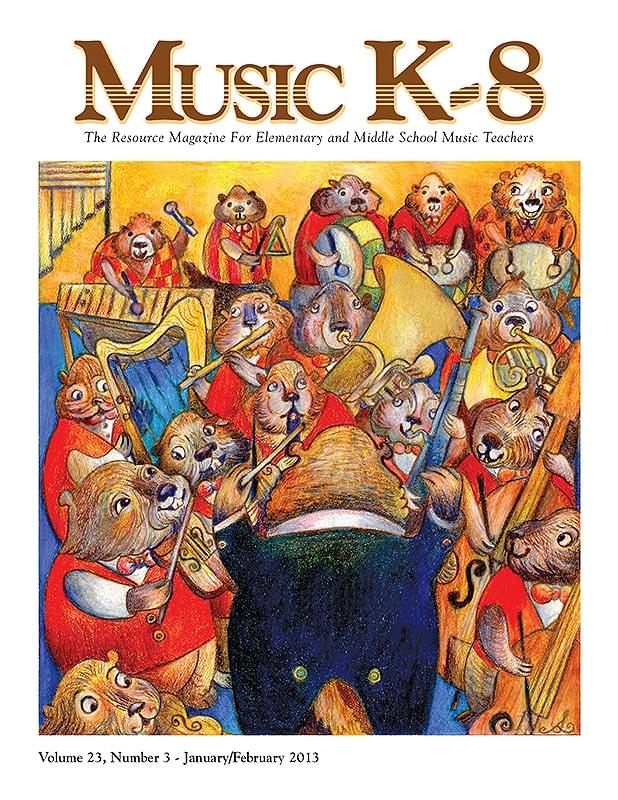