August 22, 2012 marks the 150th anniversary of the birth of Claude Debussy, famed French composer of well-known works like "Prelude To The Afternoon Of A Faun," "Reverie," and "Clair de Lune." To help you mark this event we have created a song called "Mr. Debussy" (you can say "Mister," or "Monsieur" if you're feeling French). The song is based on "Clair de Lune" – shortened and simplified, of course.

Claude Debussy was among the most influential composers of the late 19th and early 20th centuries. He is considered the founder and leading composer (along with Maurice Ravel) of musical "impressionism." However, Debussy did not like this label at all and insisted that a more accurate term for his music was "symbolism." In his relatively short life (he was 56 when he died) he wrote many works in a variety of genres, including solo piano, vocal, ballet, opera, orchestral, and more. Let your students hear some of his music and then discuss its unique harmonies and textures. There's also a great opportunity for a cross curricular experience with the other teachers at your school. Whether they're studying French culture, impressionism, art and/or politics of this time period, etc., this piece will fit in nicely.

The accompaniment for this song is written for piano and strings (including a solo violin played masterfully by Phil Palermo on our recording). You can use the track on the recording for this issue, or, if you have a pianist who is able to play the accompaniment, it would make for a very moving live performance. Note that the recorded accompaniment is not performed at a set tempo, but rather it ebbs and flows. The key to performing this piece is listening for the cues in the accompaniment. The piano will lead you into each vocal line. As you can hear, or see on the sheet music, each vocal phrase is preceded by either one, two, or three beats played on the piano. Our studio singers picked it up very quickly, and once you and your choir have heard it a few times, it should become very familiar. 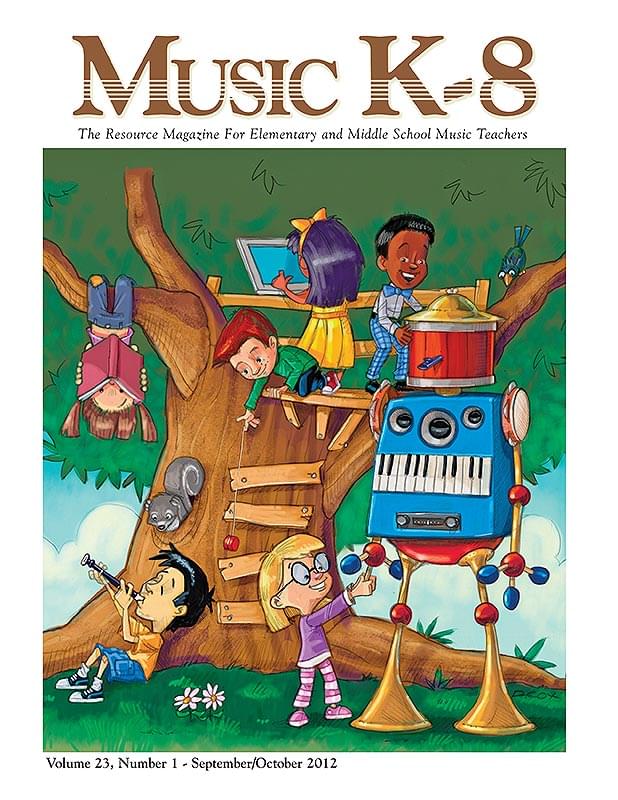