My Hat It Has Three Corners

This old folk song goes back at least two centuries. It has two rather different branches, and we bring you an interesting arrangement that brings together a bit of both of them. The one you probably know the best is the children's activity song.

A Musical Brain Teaser - The song is simple, just two phrases, and the words are simple, too. This arrangement sings through the tune five times, with new things to do in each verse.

It's A "Carnival Of Venice" - This same melody is known throughout the classical music world as "Carnival Of Venice." There have been literally hundreds of settings of it over the years, the most famous of which are used as showpieces for virtuoso instrumentalists. It was supposedly first brought to England by Paganini, the famous violinist, in the early 1800s. Probably the best known setting was the one played by Herbert L. Clarke, the noted cornetist who toured the world with the great orchestras and bands of the late 19th century, including the renowned band of John Philip Sousa. Those variations are still played today by some of the great trumpet players.

With this history in mind, we have put brief interludes between verses that feature the very talented John Rommel on piccolo trumpet. We think he did an amazing job considering he is playing in a key that is pretty far from the one he would normally play this in.

If you would like to delve into this further with your classes, take them to YouTube™ where you can actually hear Clarke playing on an old Victrola. There are also many impressive videos of today's trumpeters playing, including the likes of Maurice André and Wynton Marsalis. We will post a few of these on our Video Network at MusicK8.com 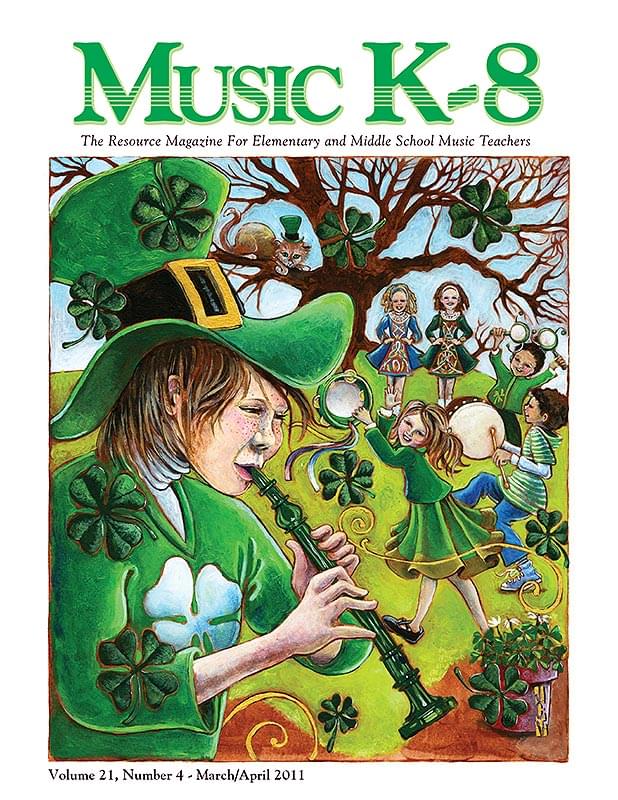