There is a good reason that Recorder Karate has become such a powerful force for recorder programs all over the world - it provides incentives for young players to keep progressing in their skills. But as with any fixed method, the music included can't be all things for all schools. For that reason, we have created the first in a series of collections that will provide carefully selected and arranged music appropriate to each belt level and for those spaces between levels where new music can fill special needs for reinforcement, for reward belts, or even for special "in-between" belts.

Arranged by Paul Jennings, this array of songs is sequenced to correspond to the first five belts in the system (which feature the notes low D, low E, G, A, B) and, toward the end of the collection, to provide a bridge to the sixth belt (which introduces both high C and high D) by offering tunes that just require the addition of C to the notes previously learned.

Each arrangement is designed like the selections in both Recorder Karate 1 and 2, with a short intro and a testing length. When appropriate, songs are recorded at two tempos. Some tunes also have longer versions of the song to make them usable for concerts. We have also included special bonus tunes, each within the technical parameters of these levels.

The CD (and/or downloadable MP3s) includes 57 different tracks with everything from big band to full orchestra to rock and folk bands. The songs included are:

The next two songs are a bridge between Purple belt and the next level up, just adding high C, instead of high C and D.

As purchaser of this kit, you and your students can visit the special web site that allows your players to practice with each tune, RecorderDojo.com 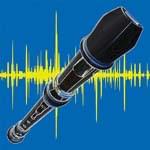