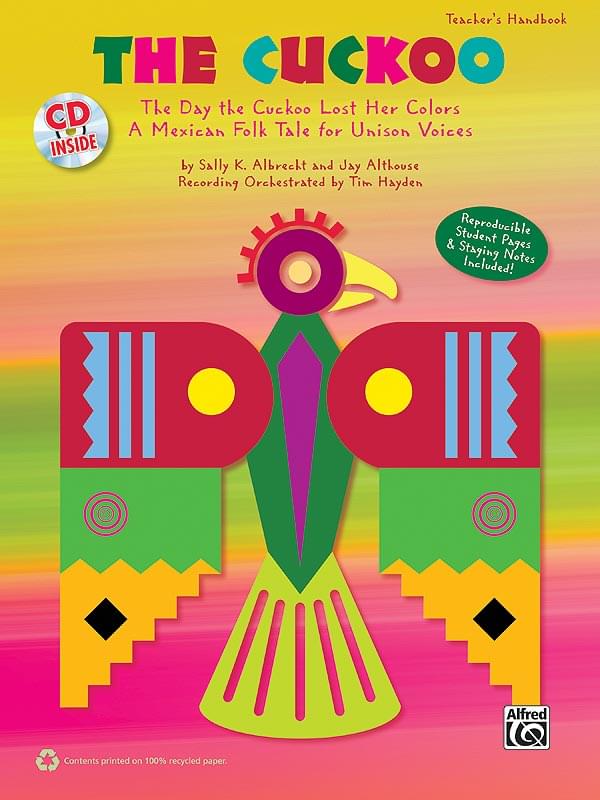 The Day The Cuckoo Lost Her Colors

This captivating mini-musical will capture your young performers' imaginations, as a bevy of birds are given the task of collecting seeds before Fuego, the Mexican god of fire, clears the fields. The once colorful Cuckoo single-handedly saves the day, but in the course of events loses both her colorful feathers and her song, leaving her ashen gray and with only two notes. Learn how she is rewarded by her friends, including Búho the owl, Conejo the rabbit, Topo the mole, and all the birds of the field. Songs include:

Song Title
Player
From The Cuckoo
Tell Me Who?
We'll Take Care Of You

Be Kind To Each Other - Book/CD Kit
Marked down 35%